Ms. Ogle was a Maine Touring Artist for many years. With help from accompanying musicians and scholars of poetry and composition, she has evaluated hundreds of works by American composers. From these sources, Ogle has created recitals which she has performed throughout the United States and abroad.

Her programs included such subjects as American Poetry of the 1930’s, American Poetry of the 1950’s, American Women Poets, American Women Composers, Maine Composers, New York Composers, and recitals featuring the work of individual poets such Edna St. Vincent Millay, Gerard Manley Hopkins, W.H. Auden and Emily Dickinson. Her research and performance in the field of modern American song literature has been supported by the National Poetry Foundation, the Maine Humanities Council, the Womenís Literary Union, the Maine Composersí Forum, the Long Island Composers’ Alliance and the Live Poet’s Society.

Her recordings have been published on many recording labels, including Capstone, Cormorant, Woodsum, New Media Productions and Parma. In 2014, Ms. Ogle was a Grammy nominee in the category of best classical solo vocal recording for a CD of Scott Brickman’s music featuring Ogle singing his Dear Darwin songs (Ravello).

Ms. Ogle is currently Professor Emeritus of Music at the University of Maine, where she taught voice and directed the Opera Workshop. 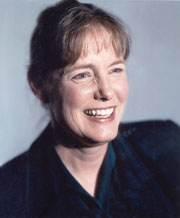