Most of Professor Turner’s research is in the area of artificial intelligence. A major interest is context-sensitive reasoning, in which an intelligent agent utilizes knowledge of its context to quickly and accurately behave appropriately. Prof. Turner was instrumental in forming the international, interdisciplinary community centered around context-related research in computer science, philosophy, psychology, linguistics, and cognitive science; he was chair of that community’s conference (CONTEXT: International and Interdisciplinary Conference on Modeling and Using Context) in 2005 and will be again in 2017. He is also interested in intelligent control of real-world agents (e.g., autonomous underwater vehicles), schema-based and case-based reasoning, and medical diagnostic reasoning.

Prof. Turner is also very interested in biology, in which he has substantial background, and computational ecology. He has published work on modeling predator-prey systems and collaborates with scientists in UMaine’s School of Marine Science, where he has been appointed as a collaborating associate professor.

Prof. Turner is also quite interested in computer science education, both as the K-12 and college levels. He has supervised projects that taught programming to elementary students (grades 3-5), and he has published work done with others at UMaine in the area of computer science education centered around developing a first-year college-level course aimed at increasing recruitment and retention, especially of women. This has resulted in a unique course, COS 140 (Foundations of Computer Science), which is required for our CS majors and for which a textbook is being written.

Prof. Turner’s home page can be found here, and his current vitae is here. 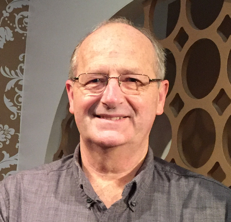