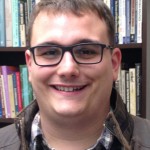 Nick Roy, ’09 has worked with the Strategy Group in the 2008, 2010, 2012 and 2014 Election cycles. While with the firm, Nick has worked with federal, state and local campaigns across the country, helping pick up tough legislative seats in Wisconsin, North Carolina and Maryland.  In 2012 Nick helped coordinate Obama for America’s direct mail strategy in the crucial swing state of Colorado. Nick has served as the lead mail strategist for congressional candidate Emily Cain (D-ME), the Maine League of Conservation Voters, the Maryland State Senate Democrats and the North Carolina House Democratic Caucus. Nick was an Account Manager at DCS Congressional, working with Democratic Senate and Congressional offices to craft and implement their online communications programs. Nick has also worked as a research consultant to the Committee to Save New York, and the Service Employees International Union.