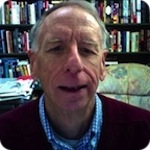 Howard Cody is Professor Emeritus of Political Science at the University of Maine. He served as Professor of Political Science and was longtime Director of the International Affairs Program prior to his retirement in 2015. He held a joint appointment with the Canadian-American Center. His research interests generally focus on Canadian, Comparative, and European politics, especially in the fields of parliamentary politics and core-periphery relations in regionally divided Westminster-model countries such as Canada, Australia, and the United Kingdom.

Professor Cody work concentrates on Canada’s party and parliamentary politics, especially in minority governments and in the West and Atlantic Canada. He also has studied proposals for electoral reform in Canada. His interest in Canada has led to research and interviews with Members of Parliament in Britain, Australia, and New Zealand to study their institutions, electoral systems and political practices. He has interviewed Canadian Members of Parliament on many visits to Ottawa since 1987.

Professor Cody provided thirty-seven columns on the United States-Canada border issues for the Portland, Maine-based monthly Northeast International Business Journal between 1997 and 2001. At present, he serves on the Executive Council of the Association for Canadian Studies in the United States (ACSUS), and as Secretary of the regional Canadian Studies association, the Middle Atlantic and New England Council for Canadian Studies (MANECCS). On the University of Maine campus, he served as Director of the International Affairs program, and as Editor of the Canadian-American Public Policy quarterly series, published by the Canadian-American Center.