Maureen E. Smith is an enrolled member of the Oneida Tribe of Wisconsin. She is an associate professor of Native American Studies and History. She received her Ph.D. in Urban Education from the University of Wisconsin at Milwaukee. Her dissertation entitled, “Effects of U.S. Policy on American Indian Identity”, looked at the psychological effects of the boarding school experiences for Native people from 1820 to 1934. She obtained a Master’s Degree in Counseling from the University of Wisconsin at Oskkosh.

Prior to coming to Maine, Maureen worked as a professor of Education at the University of Wisconsin-Oshkosh from 1993 to 1997. She was the acting Associate Vice Chancellor for Multicultural Affairs. She worked as an advisor to minority students from 1986-1990 and an advisor to American Indian students from 1982-1986. Maureen also served as an alcohol counselor at the Oneida Tribal Health Center, Oneida, Wisconsin and Fond du Lac County Mental Health Center. She was a multicultural specialist on the National Advisory Committee on Multicultural Affairs and diversity trainer consultant with Girl Scout Council of the Fox Valley and with Reed Elementary School in Oshkosh, Wisconsin. She was also a consultant with the Oneida Tribal School on the development of a revised culturally relevant school-wide Behavioral Excellence Plan. 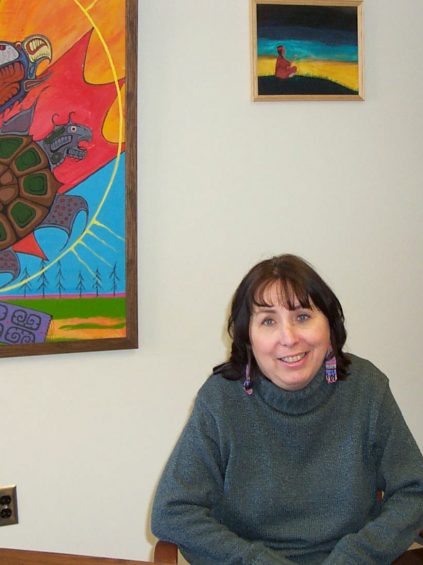