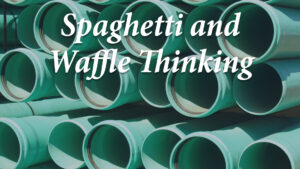 Speaker: Christian Wells, Professor of Anthropology and Director of the Center for Brownfields Research and Redevelopment at the University of South Florida

A student describes the relationship between anthropologists and engineers as like that between waffles and spaghetti. Engineers, she says, think like waffles, which are made up of structured little compartments into which everything (like the butter and syrup) fits neatly. Anthropologists, on the other hand, think like spaghetti: ideas start out as one little strand of noodle but then quickly connect to a big messy mass (of pasta). This analogy not only reveals how anthropologists discover complicated interconnections among people and things (the messy mass) but also how scientists in distinct fields think very differently about conceptualizing problems and solutions.

In this talk, Wells will discuss how his research team works with environmental engineers on water, sanitation, and hygiene challenges in underserved communities. Their work involves helping communities solve practical problems, create positive policies, or advocate on their behalf. The team likes working with engineers as they’re really good at figuring out the technical details of a problem, such as how to get water from point A to point B. But, this is only half the battle! People have to make use of the solution and keep it sustainable over the long term. Wells’s team work with communities to identify the problem (the one strand of spaghetti) and then follow that strand to the mass of pasta it’s connected to, which often includes a mess of intersecting social, economic, and political issues. This is the broader context of the problem that must be identified and understood in order to use the engineers’ technology to fix it. Wells will discuss an example of his team’s approach and their search for solutions following a massive hurricane on the southern coast of Belize in 2001 that devastated the community and destroyed most of the water and sanitation infrastructure. 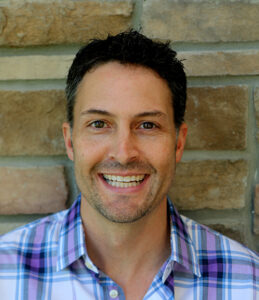 E. Christian Wells is Professor of Anthropology and Director of the Center for Brownfields Research and Redevelopment at the University of South Florida, where he has served previously as Founding Director of the Office of Sustainability and Deputy Director of the Patel College of Global Sustainability. With over $7 million in support from the National Science Foundation, the Environmental Protection Agency, and other organizations, his research seeks to improve the human and environmental health outcomes of infrastructure transitions among marginalized communities. His research portfolio includes work on environmental justice, sustainable and equitable development, and science-policy interactions. He has published over 100 scientific articles, essays, and books, and his work has been featured by various media outlets including The New York Times and New Scientist. He is a Fellow of the American Association for the Advancement of Science, and has received the Faculty Outstanding Research Achievement Award, the Outstanding Community-Engaged Teaching Award, the Outstanding Global Student Success Award, and the Jerome Krivanek Distinguished Teacher Award from the University of South Florida. His service to the community was recently recognized with the Black Bear Award from the Sierra Club of Tampa Bay “in recognition of outstanding dedication to sustainability and the environment.”