War Without End: The Legacies of WWI

Professor Ramazani has lectured widely and received many important awards and honors, including fellowships from the Guggenheim Foundation and the National Endowment for the Humanities. Professor Ramazani will lead a panel discussion centered on his article, “‘Cosmopolitan Sympathies’: Poetry of the First Global War.” Modernism/modernity 23.4 (2016) 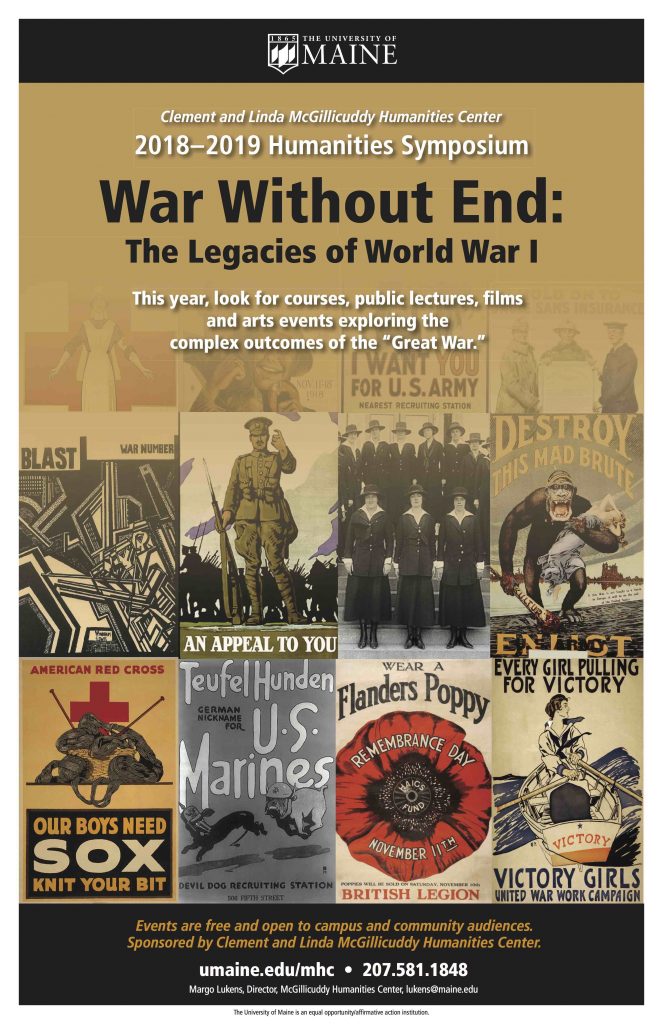 From the November 1918 Armistice to the June 1919 Treaty of Versailles and beyond, the “war to end wars” was coming to an end.  During the 2018-2019 academic year, McGillicuddy Humanities Center will sponsor events exploring the legacy of WWI’s complicated conclusion.  Courses, public lectures, films and arts events will provide campus and community audiences ways to understand the wide-ranging impacts of the Great War on the world today.

The McGillicuddy Humanities Center at UMaine will continue to host on-campus and outside speakers and events on the lasting impact of World War I through the spring semester, 2019. All events are free and open to the public.

From Woodrow Wilson to Donald Trump

Professor Donald Zillman joined us as part of our ongoing Symposium series on February 12, 2019.

Professor Zillman has taught and written about energy law, military law, tort law, and legal writing for over 50 years. His writing includes over 50 articles and 15 books in these areas.

Professor Zillman’s teaching career began at the Army Judge Advocate Generals’ School in Charlottesville, Virginia. On leaving active duty, he joined the faculty of Arizona State University School of Law where he was awarded tenure and promotion to full professor.

For over three decades, Professor Zillman has been a member of the International Bar Association’s Section on Energy, Environment, Natural Resources, and Infrastructure Law and an active participant in the Section’s Academic Advisory Group (AAG). The AAG collaborated with Oxford University Press to publish a biennial study of major developments in the energy and environmental fields. He served as Lead Editor and author of Human Rights in Natural Resource Developments (2002), Beyond the Carbon Economy (2008), The Law of Energy Underground (2014), and Innovation in Energy Law and Technology (2018). This last book involved 37 authors from 22 nations around the world, and discussed topics such as oil and gas hydraulic fracturing (“fracking”); new uses of gas and nuclear power; distributed electric power; and various renewable energy developments.

(Did you miss the lecture? Tune in here for our archived footage). 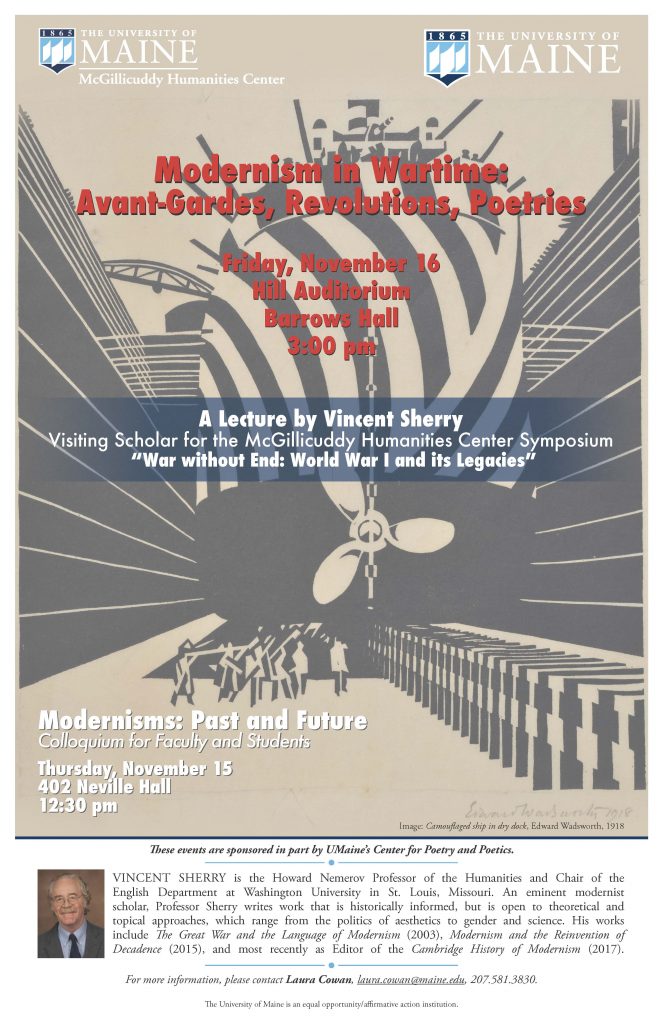 Additionally, we were excited to welcome Dr. Vincent Sherry, a leading scholar of modernism and the literature of World War I, to campus November 15 and 16, 2018. Professor Sherry delivered a lecture on “Modernism in Wartime: Avant- Gardes, Revolutions, Poetries” in the Hill Auditorium.

Dr. Sherry’s visit to Orono coincided almost exactly with the 100th anniversary of the Armistice formally ending the hostilities of the first global war. . Sherry’s eminence in the field of modernist literature, especially in the context of World War I, made his visit both timely and significant to the University and surrounding community. 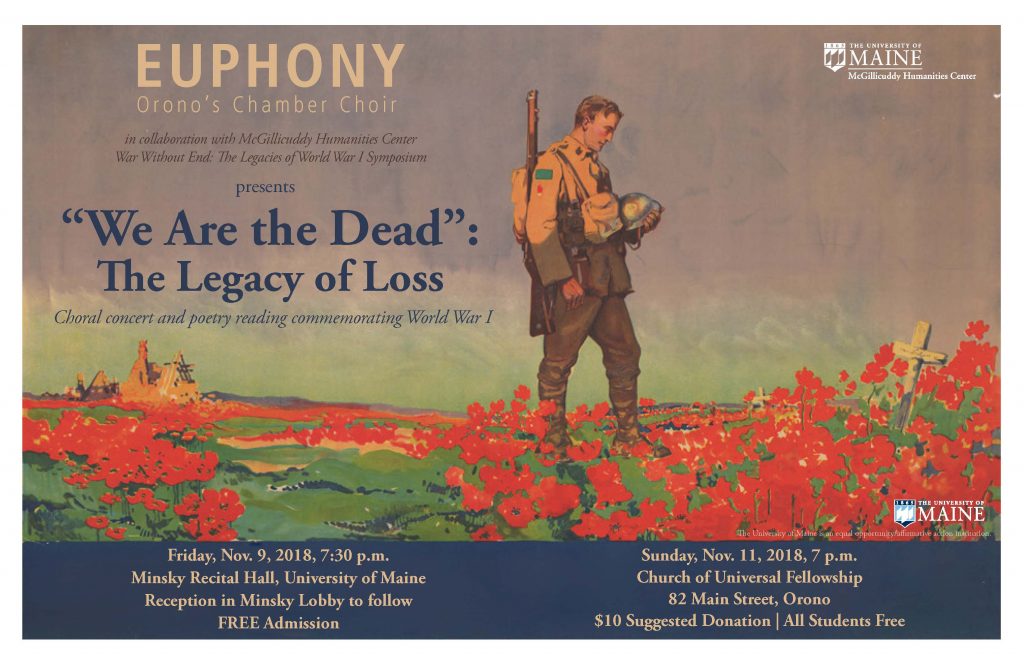