Missed our showing and still want to see Entangled? Filmmaker, David Abel set us up for a $3 discount, they can use the promo code UMAINE2020  with this link! 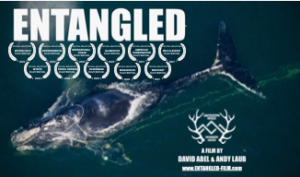 ENTANGLED is an award-winning, feature-length film about how climate change has accelerated a collision between one of the world’s most endangered species, North America’s most valuable fishery, and a federal agency mandated to protect both. The film, by the makers of Lobster War and Sacred Cod, won a 2020 Jackson Wild award, known as the Oscars of nature films.

There are now believed to be fewer than 400 right whales, making them among the planet’s most endangered species. The main threat to their survival, scientists say: millions of lobster lines that stretch from New England up through Atlantic Canada, standard gear for North America’s most valuable fishery. Exacerbating that threat is climate change, which has sparked a collapse in the whale’s food supply in the warming waters of the Gulf of Maine, forcing them to search for food in areas where they had rarely been seen before. As a result, their population has been plummeting.

In recent years, deaths of right whales have spiked while births have fallen sharply. In 2018, no calves were born — an unprecedented observation — while the previous year, a record 17 were found dead. In 2019, 10 right whales died, the second most ever recorded. NOAA officials say the population can’t sustain more than a single premature death a year. At the current rate of decline, scientists say the whales could go extinct within 20 years.

Now, under pressure from lawsuits by environmental advocates to reduce right whale deaths, the federal government has been considering controversial regulations that pit the region’s politically powerful lobstermen against scientists and environmental advocates trying to save the whales. The proposed regulations, which could reduce lobster lines by half in much of the Gulf of Maine and harm the livelihoods of many lobstermen, has sparked a political backlash. The future of the iconic species hangs in the balance. 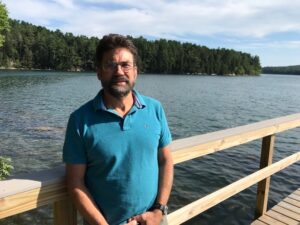 (Q&A moderator) Dr. Richard Wahle is a research professor in the University of Maine’s School of Marine Science and director of the Lobster Institute. He is based at the Darling Marine Center, UMaine’s coastal laboratory.  As a fisheries ecologist, Wahle is broadly interested in the influences of the ocean environment on the population dynamics and distribution of marine organisms. He has a particularly long-standing research program on the American lobster for which he and his collaborators are striving to develop predictive tools for population trends through an understanding of larval transport, settlement, and post-settlement processes. Much of his work addresses the impacts of climate change, and he serves on the Science and Technical Subcommittee of the Maine Climate Council. In his role as director of the Lobster Institute, he works to foster collaboration and communication in support of a sustainable and profitable lobster industry in the Northeast U.S. and Canada. 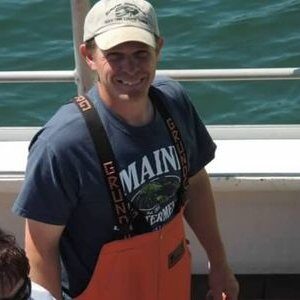 Kristan Porter is a fisherman out of Cutler Maine. He fishes for a variety of species but mainly lobster and scallops. Kristan is currently the President of the Maine Lobstermen’s Association and a member of the Atlantic Large Whale Take Reduction Team. 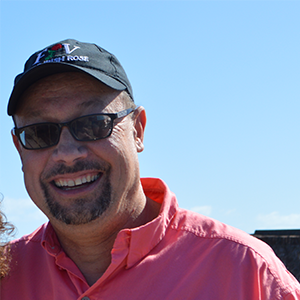 Steve Train is a commercial fisherman out of Long Island, Maine in Casco Bay. Currently, Steve is the Governor’s appointee from Maine on the Atlantic States Marine Fisheries Commission (ASMFC). He served on the board of the Maine Lobstermen’s Association for 16 years, and he’s a past member of the DMR advisory council and the Maine lobster advisory council, serving as chair for several years. Chris’s background has been focused on the passive acoustic monitoring (PAM) of cetaceans for the purposes of management and risk mitigation, as well as improving the understanding of baleen whale vocal repertoire in the western North Atlantic Ocean. Chris has previously worked as a project manager with the Bioacoustics Research Program (BRP) at Cornell University, as a whale biologist and research station manager at College of the Atlantic’s Mount Desert Rock Marine Research Station (MDR), and participates in annual research cruises with the NOAA Northeast Fisheries Science Center (NEFSC) in Woods Hole, with focuses on large baleen whale and beaked whale ecology.

Chris holds a Master of Science in Marine Biology from the University of Maine’s School of Marine Science. 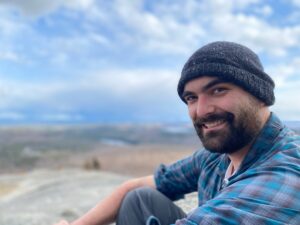 Nathan Willse is a Ph.D. student at the University of Maine working with Maine DMR and volunteer lobstermen to categorize the gear used by the lobster fishery across New England and quantify the potential risk to North Atlantic Right whales. The overarching goal of his research is to produce data that can guide fisheries management to meet their goals of preserving whales while maintaining the ability of the lobster fishery to operate effectively.