Sounds from Silence: Rescuing Music Suppressed by the Nazis

On Yom HaShoah Prof. Phillip Silver gave a presentation on his research rescuing music suppressed by the Nazis with a performance by the Silver Duo (Phillip and Noreen Silver), live in Minsky Recital Hall before an audience of 74 and was streamed by another 80+ on Holocaust Remembrance Day. 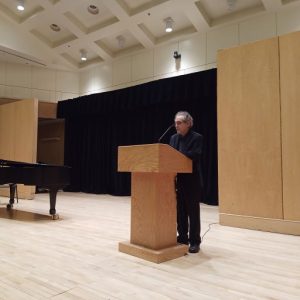