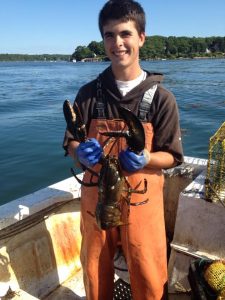 The ocean has shaped Andrew Goode. At a young age, he became the first lobsterman in his family. He continues to haul lobsters to this day and that gives him a better understanding of the interconnection between the ocean and society. It’s ultimately what convinced him to study the ocean environment.

The many branches of biology seemed too compelling to pass up, and so Goode became inspired to integrate his passions and study how oceanography influences the entire ecosystem. In doing so, Goode says that he can “consider every possible organism that may be affected by a certain problem, and to the best of his ability, address that problem.”

The largest proportion of SEANET grand support goes toward graduate student research. Students work with faculty advisers on a wide range of projects.