Dr. Paul Andrew Mayewski is director and professor of the Climate Change Institute at the University of Maine and Distinguished Professor in the Schools of Earth and Climate Sciences, Marine Sciences, Policy and International Affairs, and the Business School, and Law School. He is an internationally acclaimed glaciologist, climate scientist and polar explorer, leader of >60 expeditions to some of the remotest reaches of the planet including many field seasons travelling across Antarctica covering more than 25,000km, more than 100 first ascents of mountains in Antarctica, traverses over Greenland and many field seasons at high altitude throughout the Himalayas, Tibetan Plateau and the Andes. He has more than 475 scientific publications and two popular books “The Ice Chronicles” and “Journey Into Climate”. His contributions to science include discovery of: human impacts on the chemistry of the atmosphere; modern Antarctic and Himalayan ice loss; abrupt climate change; the impact of climate change on past civilizations; and the impacts of modern abrupt climate change. He has received numerous national and international honors such as: the first-ever internationally awarded Medal for Excellence in Antarctic Research awarded by the Scientific Committee on Antarctic Research (from a field of 45 countries and all disciplines), the Explorers Club Lowell Thomas Medal, the Oeschger Medal from the European Geophysical Union, and the Seligman Medal from the International Glaciological Society. He is the first person to develop and lead prominent climate research programs at the three poles: (1) the Greenland Ice Sheet Project Two (25 US institutions); (2) the International Trans Antarctic Scientific Expedition (21 countries); and (3) the National Geographic and Rolex Perpetual Planet Extreme Mt. Everest Expedition); in addition to public outreach efforts with organizations such as the American Museum of Natural History and the Boston Museum of Science. He has appeared hundreds of times in media such as: New York and LA Times, NOVA, NPR, BBC, CBS 60 Minutes and the Emmy Award Winning Showtime series “Years of Living Dangerously”. 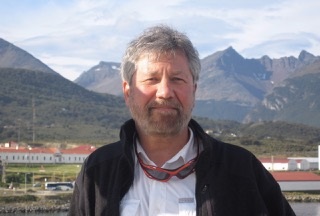