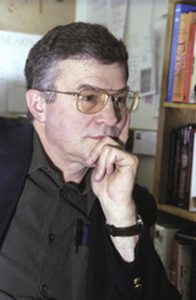 My primary interests include religion and violence, religion and politics, religion and nationalism, Islamic fundamentalism and theories of religion. In the past, I have focused on Islam, and my field research has been grounded largely in the Middle East, especially in Morocco. Recent work has involved the comparative study of the late twentieth-century revivalist movements often called “fundamentalist.”

2008 Fundamentalisms Compared. Religion Compass 2 (June 2008) (This is an online journal).