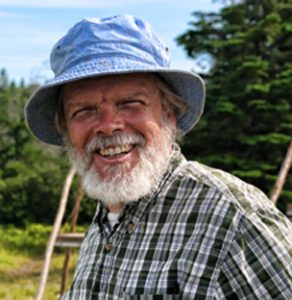 I am an archaeologist specializing in northern and coastal hunter-gatherers, the culture history of Northeastern North America, cultural and natural boundary conditions, mortuary ritual and Anthropological theory. There are strongly defined environmental regions and boundaries within the Gulf of Maine, with equally strong contrasts between cultural traditions. In other words, there are multiple ancient cultural traditions in the broad neighborhood that interacted in different ways at different times. Understanding different groups and boundaries is a multidisciplinary pursuit, integrating environment, subsistence, technology, settlement pattern, cultural landscape, ritual symbolism and historical sources. With high visibility archaeological patterns and environmental contrasts, the ancient traditions of the Northeast may serve as both the cultural heritage of modern Wabanaki people on the Maritime Peninsula of Maine and Canada, and important case studies of hunter-gatherer organization.

My dissertation was on groups and boundaries in the Gulf of Maine between 9000 to 4000 years ago, based on a reanalysis of the Moorehead burial tradition. The research involved archival sources, collections research, extensive interviews with excavators of little known sites, and a dissertation NSF grant dedicated to AMS radiocarbon dating. Concurrently, I worked with Dr. Frederick West on the analysis of Pleistocene and Early Holocene lithic assemblages from central Alaska. At present I have an NSF grant to document and evaluate the ring-shaped settlement pattern of the Bull Brook Paleoindian site in Ipswich, Massachusetts, which is composed of 40 activity areas or house sites. The project involves the original excavators of the site, the Peabody Essex Museum, and geologists, archaeologists and students from the University of Maine and other institutions. The site may represent one of the largest structured settlement plans in Pleistocene North America.

I have excavated in a wide variety of conditions including deeply stratified fluvial deposits, shell middens, and saturated freshwater and marine sites with organic preservation. Interests in material analysis include lithic and bone technology, faunal analysis (particularly fish) and organic preservation in wet sites.

Robinson, Brian S. In press. Ritual and Archaeological Visibility in the Far Northeast of North America, for the Oxford Handbook of the Archaeology of Ritual and Religion. Oxford University Press.

2008(2010) Robinson, Brian S. Microblades and Seasonality: Settlement Patterns in the Tangle Lakes Region of Alaska. The Review of Archaeology, 29:21-40.

2008 Robinson, Brian S. Archaic Period Traditions of New England and the Northeast. In The New Archaic: Special Issue of the SAA Archaeological Record 8(5):23-26.

2006 Robinson, Brian S. Mackowski Farm Site, in Glacial and Archaeological Features of the Penobscot Lowland, Central Maine. Guidebook for the 69th annual field conference, of the Northeastern Friends of the Pleistocene, June 2-4, 2006, Orono.

2005 Pelletier, Betrand G. and Brian S. Robinson. Tundra, Ice and a Pleistocene Cape on the Gulf of Maine: A Case of Paleoindian Transhumance. Archaeology of Eastern North America 33:163-176

2003 Population Fluctuation, Climatic Events, and Culture History in the Northeast: Review of Fiedel. In The Review of Archaeology 24(1):56-61.

1996 Projectile Points, Other Diagnostic Things and Culture Boundaries in the Gulf of Maine Region. The Maine Archaeological Society Bulletin 36(2):1-24.

1993 (with James B. Petersen) Perceptions of Marginality: The Case of the Early Holocene in Northern New England. Northeastern Anthropology 46:61-75.