James Winters teaches applied jazz at the University of Maine. He has enjoyed playing  tenor trombone all around Maine since 1989. While most of his work pertains to jazz  groups, his experience also covers pop music, studio work, and occasional orchestration. He served in an adjunct role for 20 years with the Bangor Symphony. He currently serves with Colby College’s jazz and classical groups. In addition to playing in Maine, James served as a trombonist for two cruise lines, a television show, and  various stage bands. As a young player, James performed salsa music, in the Detroit Youth Symphony, as well as in Las Vegas. His mentor growing on Long Island, New York was the TV studio trombonist Charlie Small of New York City.

James has earned degrees in intermedial art, humanities, and laboratory science. His  degrees are from the University of Maine and include Native American  Studies. He has also earned a Master’s degree in art with an emphasis in experimental  composition. Currently, James is part of UMaine’s intermedia PhD program to research mystical dimensions of jazz. Working closely with jazz historian Dr. Jay Bregman,  James is researching the historical space-jazz of Sun Ra. James is also a student member of UMaine’s Graduate Medical Arts Program. 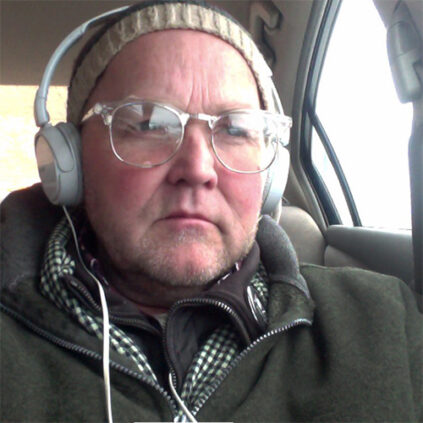