On the opera stage, Bray has performed the roles of roles of Dancairo in Carmen with Opera San Antonio, Fiorello in Il barbiere di Siviglia with Opera Grand Rapids, Will Parker in Oklahoma with Charlottesville Opera, Morales/Dancairo in Carmen with Venture Opera, and Gregorio in Romèo et Juliette with Opera Grand Rapids. For the 2014-15 season, Bray was a member of the Florida Grand Opera Young Artist Studio where he performed the roles of Guglielmo in Così fan tutte, Assan in The Consul, and The Official Registrar in Madama Butterfly.

Mr. Bray is a graduate of the prestigious Boston University Opera Institute. Roles performed with B.U. include the title role in Don Giovanni, Riolobo in Florencia en el Amazonas, the title role in Owen Wingrave, Barone Douphol in La Traviata and Des Grieux in Le portrait de Manon. For consecutive summers in 2013 and 2014, Bray was a Bonfils-Stanton apprentice artist with Central City Opera where he sang the role of Sam in Trouble in Tahiti and Sam in Ned Rorem’s Our Town, as well as covering the roles of Joseph De Rocher in Dead Man Walking, Fiorello in Il barbiere di Siviglia and Ravenal in Show Boat. In 2013, Mr. Bray made his Boston Lyric Opera debut singing the roles of the 2nd Priest and 2nd Man in Armor in a new English translation of The Magic Flute.

Mr. Bray received his Masters’ degree from The Boston Conservatory where he sang the title role in Don Giovanni, Ramiro in L’heure espagnole, L’horloge comtoise in L’enfant et les sortilèges, the Father in Hansel and Gretel, and Ko-Ko in The Mikado. He received his Bachelors’ degree in Music Education from Abilene Christian University. While at A.C.U., he performed the roles of Pandolfe in Cendrillon, Guglielmo in Così fan tutte, and Betto in Gianni Schicchi.

In 2011, Bray was chosen to help represent The Boston Conservatory in a new opera works sampler performance at the National Opera America Conference, and in the summer of 2011 he performed the role of Rambaldo in La Rondine for the Martina Arroyo Prelude to Performance Program in New York City. Bray was also an apprentice artist at the Natchez Festival of Music in 2010. Professional awards include the McGlone Opera Guild Award, and the Central City Opera Young Artist overall award. 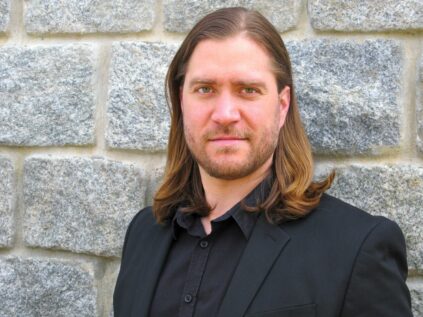