Professor Farnham received his B.M. in Music Education from the Northern Conservatory of Music and did his graduate work at the Vandercook College of Music in Chicago. He has studied conducting with Richard Castiglione formerly of the Boston Conservatory and Anthony Maiello, Director of Instrumental Studies at George Mason University.

Mr. Farnham appears  throughout the United States and Canada as a clinician, adjudicator and conductor and has guest conducted at several national and international festivals including the Atlantic Band Festival in Halifax, Nova Scotia,  the Music Educators National Conference Eastern Division Conference, The International Band Festival in Winnipeg, Manitoba, the Music in May Festival at Pacific University in Forest Grove, Oregon, and the Mid-West International Band and Orchestra Clinic in Chicago.

In the spring of 2009, he was guest conductor of the DoDDS / Europe Honor Band in Wiesbaden, Germany and conducted the University of Maine Symphonic Band at Symphony Hall in Boston. 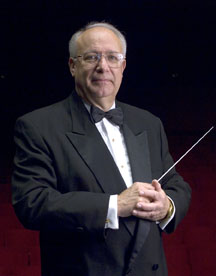