Angela Bonacasa is a teacher, director, fight director, and actor based in Castine, ME.

She is a Certified Teacher with the Society of American Fight Directors, and has worked across the country as both a stage combat instructor and fight director. Her teaching credits include the University of Maine, Roosevelt University and the University of North Carolina School of the Arts, as well as numerous independent classes and workshops.

She is the Artistic Director of the Orono based True North Theatre, where she has directed productions of Becky’s New Car, The Lion in Winter, Cat on a Hot Tin Roof, and The Odd Couple. Other productions include Calendar Girls, Henry IV, Part I, The Mousetrap, Harvey, The Odd Couple, Over The Tavern, The Bat, Some Enchanted Evening, A Christmas Carol, Tuesdays With Morrie, and Steel Magnolias. 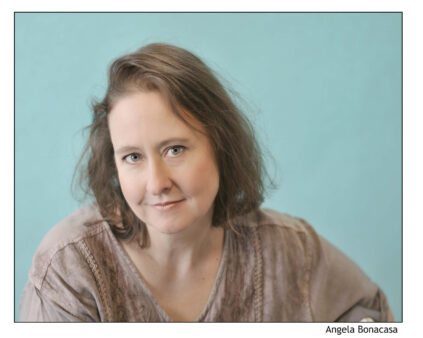