Born in Latvia, Dr. Wieck received his early musical education in Riga and Moscow. In the United States since 1973, he studied violin and viola at the Juilliard School of Music in New York City, where he earned his Bachelor, Master and Doctor degrees working closely with Ivan Galamian, Lillian Fuchs, and Paul Doktor. He also has studied baroque interpretation with Carol Lieberman at Boston University and plays baroque violin, viola, and viola d’amore.

Dr. Wieck has participated at Baroque Music festivals in Spain in Castellón de la Plana, Valladolid, and Vitoria, and in Israel in Jerusalem and Tel Aviv and is member of the Blue Hill Bach Festival since 2017.

Dr. Wieck has treasured his association with Mainely Baroque, an ensemble of musicians from Maine and Europe who meet whenever possible to perform music from the late Renaissance and early Baroque. Mainely Baroque has toured Maine three times and in 2016 Dr. Wieck and trombone professor Dr. Barrett accompanied six University of Maine students to southern Italy where they spent a week studying historic performance practices and performing in concerts with their European colleagues.

As a chamber musician Dr. Wieck has collaborated with Jaime Laredo, Sharon Robinson, Eric Friedman, Bela Davidovich and Shlomo Mintz among others. Since 2009 Dr. Wieck has participated in the Winter Harbor Music Festival, an event that brings professional musicians together advanced amateurs to play chamber music and stage operas.

In 2006 Dr. Wieck was a Fulbright Senior Specialist in Guatemala where he conducted the Juventud y Música Foundation orchestra, gave master classes to students and faculty of the Guatemala National Conservatory, and played recitals, and was invited again in the Fall of 2007.

Between 2009 and 2019 Dr. Wieck traveled six times to Mexico to teach, perform, and conduct. In 2013 and 2019 he performed and taught in Japan as a soloist and chamber musician.

In 2008 Dr. Wieck performed at Carnegie Recital Hall in New York City in a concert dedicated to the music of his mentor the composer Iosif Andriasov.

Since 2006 Dr. Wieck has been the strings director at MSYM (Maine Summer Youth Music), which takes place every summer at the University of Maine. 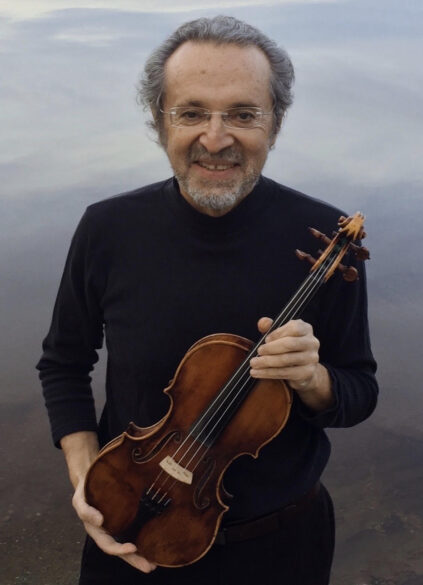 Professor of Music, Violin/Viola and Orchestra