Dr. Kody Varahramyan joined the University of Maine in July 2017 as the Vice President for Research and Dean of the Graduate School. He has been responsible for supporting and guiding UMaine’s advancement as a world-class research university, with nationally and internationally recognized research and graduate programs of global impact and local relevance. These efforts have resulted in the highest levels of growth and development ever achieved in research and graduate studies at the university, including all-time high records realized in research funding and graduate enrollment since fiscal year 2020. As part of this, he led the efforts that in January 2022 resulted in the R1 designation of the University of Maine by the Carnegie Classification, and elevated the national profile of the university by joining the ranks of the top 3.7% universities in the nation (i.e. 146 R1 institutions out of 3,982 post-secondary degree-granting institutions), as well as the ranks of the top 1.4% of universities in the nation with no medical schools (i.e. 55 R1 institutions out of 3,790 institutions).

Dr. Varahramyan received his Ph.D. in electrical engineering from Rensselaer Polytechnic Institute. Subsequently, he was on the technical staff of IBM Corporation in Essex Junction, Vermont, before pursuing an academic career, first at Louisiana Tech University, followed by Indiana University – Purdue University Indianapolis (IUPUI) and currently the University of Maine, where he is also a professor in the Electrical and Computer Engineering Department.

At Louisiana Tech his academic and administrative appointments included the Entergy Distinguished Professor, Associate Dean for Research and Graduate Studies in the College of Engineering and Science, and director of the university-wide Institute for Micromanufacturing. At IUPUI he served as Vice Chancellor for Research and Senior Aide to the Chancellor. He was also a professor in the Electrical and Computer Engineering Department.

At both academic institutions he led the realization of major strategic initiatives advancing academic excellence and student success, significant growth in research and scholarly activity, and substantial increase in community engagement. These include development of innovative undergraduate and graduate degree programs, such as the nation’s first bachelor’s program in Nanosystems Engineering at Louisiana Tech, and high-impact experiential learning programs at IUPUI. Moreover, strategic initiatives developed during his tenure as Vice Chancellor at IUPUI include the Innovation-To- Enterprise Initiative, the IUPUI Arts and Humanities Institute, the STEM Education Research Institute, and the Integrated Nanosystems Development Institute.

He also envisioned and led the realization of the University of Maine Portland Gateway, serving as the gateway to the University of Maine research, education, and outreach resources, programs, and services, by acting as the front door for the university engagement in Portland and beyond, through comprehensively serving the education and business needs, preparing the knowledge-and-innovation workforce, and being a major contributor to societal advancement and economic development.

Dr. Varahramyan’s research has focused on nanoscale materials, processes and devices, and their integration into nanosystems for medical, energy, environmental and information technology applications. He has authored and co-authored nearly 200 papers in journals and conference proceedings, has been named as an inventor on 8 patents, and has secured over $71 million of external funding as the principal investigator of grants supportive of new research and educational programs. 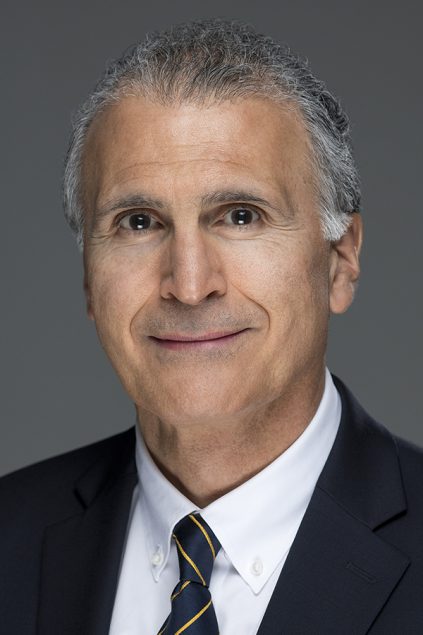 Vice President for Research and Dean of the Graduate School