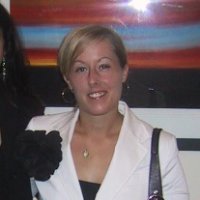 Lindsay Videnieks, ’99 is an Attorney and Government Relations Consultant at Woodberry Associaties in the Washington DC area. While at UMaine, Lindsay took part in the Peter Madigan Congressional Internship Program, interning in the office of John E. Baldacci (ME-2).After UMaine, Lindsay received her JD from The Catholic University of America, Columbus School of Law in 2010. After passing the Maryland Bar Association Exam in December 2010, she went on to work as an Account Executive for Cassidy & Associates. In 2002, she moved to Los Angles to work as an Account Executive for Cerrell Associates.In 2003, Lindsay became Managing Director for DCI Group, LLC, where she worked for six years until arriving at her present job as a Congressional Relations Consultant for Woodberry Associates where she has been since 2009.Lindsay has over a decade of experience in advising municipal, university, hospital, and other non-profit clients on strategies to secure federal funding. Some of her projects have included funding for transportation initiatives, wastewater treatment plants, federal courthouse construction, and various economic redevelopment projects.