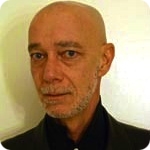 Michael Palmer is Professor Emeritus of Political Science. He taught at UMaine and in the university’s Honors College from 1983 until his retirement in 2017. His specialty is political philosophy. His research interests focus on political theory; major thinkers in the history of political thought; and politics, literature, and film. He is the recipient of many national and international academic awards, fellowships, honors, and distinctions from the National Endowment for the Humanities, the Social Sciences and Humanities Research Council of Canada, the Liberty Fund, the Earhart Foundation, and the John M. Olin Foundation, and has published scholarly articles in the most distinguished academic journals in the United States and Canada including the American Political Science Review, the Canadian Journal of Political Science, Interpretation: a journal of political philosophy, and the Review of Politics.

Since, 2003, he has served as an Editor of Interpretation. Professor Palmer was described in print by Professor Clifford Orwin of the University of Toronto, who writes a regular column for the Toronto Globe and Mail, as “one of the most successful teachers of political philosophy in North America today.”Professor Palmer has been invited to lecture at the University of London; the University of Wales; the University of Navarre, Spain; and the University of Malta; and at several colleges and universities in the United States. He was elected in 2002, and has since been reelected, President of the Maine Chapter of the National Association of Scholars. In 2006, he received the University of Maine’s “Outstanding Faculty Award in Teaching and Advising” in the College of Liberal Arts and Sciences, and in 2007 awarded a grant from a private foundation to establish a new “Program in Western Civilization and American Liberty.” In 2008, his expertise on the implicit political philosophy inherent in the film Casablanca led to his being interviewed in Washington, DC, for a French-German-Polish-UK co-produced documentary on the émigré populations created by the Nazi and Soviet invasions of Eastern Europe. From 2010-13 he served as the Federally appointed Chair of the Maine State Action Committee of the United States Commission on Civil Rights.

Professor Palmer is the author of Love of Glory and the Common Good: The Political Thought of Thucydides; contributing author (on Plato’s Republic) and co-editor (with Thomas L. Pangle, University of Texas-Austin) of Political Philosophy and the Human Soul: Essays in Memory of Allan Bloom; and the author of Masters and Slaves: Revisioned Essays in Political Philosophy, a collection of some of his most important essays and reviews, including a novel interpretation of Machiavelli’s Prince, prepared especially for the volume. He is currently working on a paper on Regime Change in Ancient Sparta as presented in Thucydides’ War of the Peloponnesians and the Athenians that will be published in a volume dedicated to Professor Clifford Orwin, the world’s leading Thucydides scholar, to commemorate Professor Orwin’s 70th birthday. He was recently commissioned by Oxford University Press to write the chapter on Stasis (civil war) for OUP’s forthcoming (2015) Oxford Handbook on Thucydides.