John started working in PER in the fall of 1997 as a postdoctoral research associate with the Physics Education Group at the University of Washington (Seattle, WA). From 2000-2002, John was a faculty member at Grand Valley State University, in Allendale, MI, near Grand Rapids. He’s been part of the Physics Education Research Laboratory since 2002, earning tenure and promotion in 2008 and promotion to full Professor in 2016.

John’s research interests include empirical investigations of (a) the interaction between student understanding of physics and the associated mathematics, and (b) student understanding of upper-division thermal physics (thermodynamics and statistical mechanics), both in physics and in engineering courses. He is PI on grant projects working with colleagues at UMaine and across the country conducting research and developing instructional resources in these areas.

John is one of the co-organizers of the Transforming Research in Undergraduate STEM Education (TRUSE) Conferences, bringing together researchers in physics, mathematics, and chemistry education, as well as some biology , engineering, earth science, and computer science education researchers for a week-long conference.

His other major interest is the understanding of teaching and learning in physics by current and future teachers, especially the interplay between specialized content knowledge and knowledge of student ideas.

As a member of the Maine Center for Research in STEM Education (RiSE Center), John is also a co-PI in the Maine Physical Sciences Partnership, a regional collaboration to improve physical science learning and teaching in grades 6-9, as well as reform of university science courses and increased recruitment of science teachers from STEM majors.

Webpage at the Department of Physics and Astronomy

R. R. Bajracharya and J. R. Thompson, “Student application and understanding of the fundamental theorem of calculus at the mathematics-physics interface,” Proceedings of the 17th Annual Conference on Research in Undergraduate Mathematics Education (Mathematical Association of America, 2014). http://sigmaa.maa.org/rume/RUME17.pdf 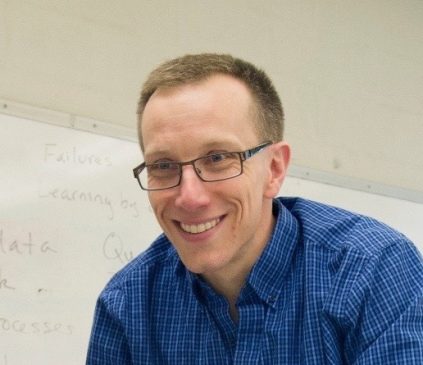