Difference-making is about risk-taking 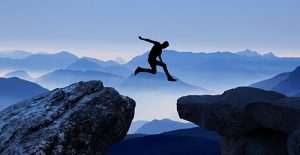 If all the researchers in a given discipline compiled their peer-reviewed research, what would it amount to? Would it better address the world’s greatest problems, or would it falter?

This is the query Dr. Linda Silka raised this past June, as she stood in front of several hundred members of the Society for the Psychological Study of Social Issues (SPSSI) at their summer conference in San Juan, Puerto Rico. Silka, a Senior Fellow with the Mitchell Center for Sustainability Solutions since 2014, serves as the President of SPSSI, an organization of 3000+ social and behavioral scientists focused on engaging with the world’s critical social and policy issues from a psychological perspective.

The president’s address, titled Problems We Can Only Solve Together, called on attendees to narrow the gap between social-behavioral research and meaningful action, particularly by collaborating with experts from a wide variety of disciplines. For many attendees, the idea was novel, but it is well-trodden territory for the presenter. For over three decades, Silka’s research has focused on ethical and effective community-university partnerships and how to best translate knowledge into action, often partnering with experts from disparate disciplines to address immense problems with social and environmental implications. In her time with the Mitchell Center, she has engaged in research on supporting equity in climate policy, sustainable food systems, waste management, and economic resilience in rural Maine.

In every instance where she has worked across disciplines, Silka has embraced uncertainty. In a recent interview, she explained that a major challenge that faces those who study psychology is often a too strict commitment to certainty at the expense of encouraging meaningful decision making.

“We’ve always said, ‘We never know enough. There’s something we don’t know about this and we need to know everything so we don’t make a mistake’. Well, the problem is you’ll never know everything, and so doing research that makes a difference is taking a risk,” she said.

Risk and uncertainty are something that Silka has, thankfully, had her fair share of experience with.

Getting comfortable with risk 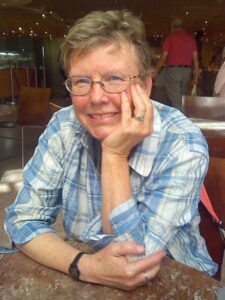 Silka earned her B.S. in Psychology from Oklahoma State University and her M.A. and Ph.D. from the University of Kansas, but it was her experience at the University of Massachusetts Lowell where she was set on the path that eventually brought her to the Mitchell Center. She worked at Lowell for three decades serving at the Center for Family, Work, and Community, which helped her to bring a new dimension of community development and stakeholder partnerships to her work.

At the outset of the ‘90s, Silka became the Director of the Center during a pivotal moment in Lowell’s history. Jobs disappeared as mill industries collapsed, and, concurrently, the city became a destination for Cambodian and Laotian immigrants (it is now home to the second largest Cambodian community in the country). Silka, who had previously experienced professional achievement mostly by publishing academic journal articles, suddenly found herself at the intersection of a community in flux.

Despite feelings of self-doubt, Silka gained experience working with government entities, municipal officials, and colleagues to address the needs of new and established stakeholders, particularly the cultural and practical need to fish in a Merrimack River ravaged by industry pollutants. She experienced success in acknowledging local perspectives and communicating important information about how to safely prepare and eat fish from the river. Silka and a group of community members and colleagues put together a menu of different fish recipes and organized a festival on the banks of the Merrimack. However, she also encountered her share of mistakes, as the first Southeast Asian Water Festival was ultimately cut short by a local police force that was not adequately prepared for such a large gathering.

“What we realized … afterwards is that we didn’t involve the police from the get-go so that they’d have a sense of ownership too,” Silka said. “That was the mistake that we made.”

After that, the police became extensively involved in the event and it was never an issue again. As for Silka, she learned a great deal about facilitating partnerships between disparate parties that she would put to use for the rest of her career.

“It just changed my life,” she said.

The Challenges of Collaboration

Three decades after embarking on a new path with The Center for Family, Work, and Community, Silka still comes up against uncertainty as she works with experts in other fields. As part of her keynote presentation, Silka discussed her work with the Mitchell Center’s Materials Management Team, which researches the environmental, social, and economic challenges involved in how waste is managed in and outside of Maine.

“I call us the trash group,” she said with a grin.

Silka said that at every Materials Management meeting she is thrilled to find common ground and points of productive discussion on issues like PFAS contamination in Maine with engineers, anthropologists, economists, and nursing experts. However, she added that just as often as she finds common ground, she discovers the boundaries of her own knowledge. As a member of  the Infrastructure and Climate Network, a National Science Foundation-funded organization dedicated to studying infrastructure that is resilient to climate change, Silka said that she can struggle to follow discussions that her engineer colleagues have about disciplinary-specific topics like how different kinds of asphalt perform under changing climate conditions.

“But I don’t have to [understand everything], I just need to not feel bad that I don’t know that,” she said.

Leaving certainty at the door can be a challenge for an expert in any field, but Silka is optimistic about the future of social psychology. She spoke with many graduate students at the SPSSI conference following her address about her work with the Mitchell Center and she found that many of them wanted to engage in the kind of varied, collaborative research that Silka has dedicated some thirty years to. Other colleagues told her that they had never thought of working with those outside of psychology to see their own work have a real-world impact.

“A lot of people in psychology know that they need to work with other disciplines but … aren’t sure how to do it, and the Mitchell Center is such a great example,” Silka said. “It’s one of the best places in the country in terms of … [producing] high level research that impacts policy and action and that brings together multiple disciplines to address problems.”

Silka states that while there are psychology researchers who understand the value of working with professionals in other disciplines, they often do not know how to approach this kind of work. Towards that end, she will be giving a similar presentation at the American Psychological Association Conference this coming August in Minneapolis, and this coming November, ahead of the National Science Foundation’s Annual EPSCoR Conference in Portland, Maine, Silka will be leading a workshop on involving citizens in research that will make a difference in their own communities.

“It’s all saying, when we do research, we need to … do research that can impact policy and action, not just end up in a journal,” she concluded.