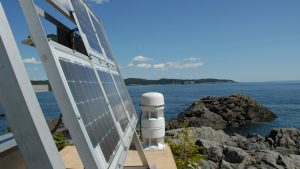 The talk will be held virtually via Zoom and in-person at 107 Norman Smith Hall, UMaine. A Career Q&A for UMaine students will follow the talk.

Conquering climate change will require, first and foremost, a rapid shift to low-carbon energy in the power, transportation, industry and building sectors. Making that transition, quickly and cost-effectively, means unprecedented and coordinated work at all three points of the “Clean Energy Triangle” — Technology, Policy and Finance.  We need to develop and deploy major low-carbon technologies in all four of the key energy-using sectors at unprecedented scale. The success of this effort will require aggressive policy-making at all levels of government – international, national, state and local — and unprecedented amounts of private and public capital, from high-risk early stage R&D and venture investing to late-stage project and infrastructure finance. The speaker has worked across all three points of the Clean Energy Triangle — as U.S. Assistant Secretary of Energy, Google’s Director of Climate and Energy Initiatives, co-founder of the nation’s first renewable energy project investment fund, and founding executive director of Stanford University’s Center on Energy Policy and Finance.  Most recently, he brokered a major agreement between the U.S. hydropower industry and environmental community on a new coordinated and better-funded approach to the nation’s more than 90,000 dams, called the “3Rs”: rehabilitate some for safety; retrofit some for power; and remove some for conservation.

Dan Reicher is a senior research scholar at the Stanford Woods Institute for Environment. He is also a distinguished associate at Energy Futures Initiative, which was founded by former U.S. Secretary for Energy Ernest Moniz, and a venture partner at Ridge-Lane Limited Partners. Reicher joined Stanford in 2011 as the executive director of Stanford’s Steyer-Taylor Center for Energy Policy & Finance. He was also a lecturer at Stanford Law School. Before joining Stanford, he was the director of climate change and energy initiatives at Google.

Reicher has worked for three U.S. presidents, including in the Clinton administration as assistant secretary of energy for energy efficiency and renewable energy, and  as the Department of Energy’s chief of staff. Reicher was a member of President Obama’s transition team. He was also a staff member of President Carter’s Commission on the Accident at Three Mile Island.

Reicher holds a B.A. in biology from Dartmouth College and a J.D. from Stanford Law School. He also studied at Harvard’s Kennedy School of Government and MIT. In 2012 Reicher received an honorary doctorate from the State University of New York College of Environmental Science & Forestry.

To request a reasonable accommodation, contact Ruth Hallsworth, 207.581.3196 or hallsworth@maine.edu