Talk – Art as an Agent of Change: The emergence of ‘Creative Ecologies’ 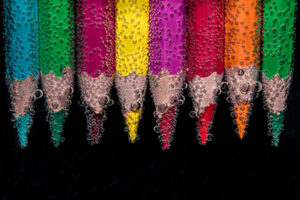 During the past decade we have noticed with fascination the emergence of “Creative Ecologies,” a broad interdisciplinary field at the intersection of culture and environment that includes, among other practices, Eco Art, Sustainable Design, and new media strategies, which all aim to reduce threats to ecological and social systems. Creative Ecologies are about innovating connections, not just between self and nature, but also between disciplines, research methods, and pedagogies. Art, we believe, has materialized as today’s best agent of change. Countless artists, critics, curators, and organizations have oriented themselves to our most urgent social and ecological crises to imagine news ways of framing the issues, collecting and researching data, and communicating with the public. As Santiago Zabala writes in Why Only Art Can Save Us: Aesthetics and the Absence of Emergency, “The truth of art no longer rests in representations of reality but rather in an existential project of transformation.” The speakers will offer an overview of these developments and share information about current and upcoming programs at UMaine that relate to art’s vital contributions to sustainability solutions.

Justin Wolff is Professor of Art History and Chair of the Department of Art at the University of Maine. He teaches courses on American, modern, and contemporary art as well as art theory and criticism. Justin’s research focuses on nineteenth- and twentieth-century American art and visual culture. Among his publications are Richard Caton Woodville: American Painter, Artful Dodger (Princeton University Press, 2002); “The Politics of American Modernism,” a chapter in Art in America: 300 Years of Innovation (Guggenheim Museum, 2007); Thomas Hart Benton: A Life (Farrar, Straus & Giroux, 2012); and “A Strange Familiarity: Alexander Forbes and the Aesthetics of Amateur Film,” in Amateur Movie Making: Aesthetics of the Everyday in New England Film, 1915-1960 (Indiana University Press, 2017). Recently Justin has been writing about and researching the intersections of art and science. In 2019 he co-curated (with Laura Sprague) Rufus Porter’s Curious World: Art and Invention in America, 1815-1860, an exhibition at the Bowdoin College Museum of Art. He also contributed to and co-edited the accompanying book (Penn State University Press, 2019). He is currently researching a book tentatively titled Terrible Sights: Art & Catastrophe in America. Justin attended Bowdoin College and received his Ph.D. in art history from Princeton University.

Susan L Smith, is a practicing artist and educator, and director of the Intermedia Program at the University of Maine, and interim director of the Lord Hall Gallery. Smith holds an interdisciplinary PhD, the focus of research in social practice and late capitalist modes of cultural production, and an MFA in Intermedia, both from the University of Maine. Smith’s research is situated within issues of land/power and questions concerning art’s position in a late capitalist society. First and foremost an artist, her practice encompasses community based collaboration, site-based performance and installation.

Recent work centers on the struggle of asylum seekers on the US southern border, and a necessity for an artist to be present, to witness and participate within the community, as a component of the work, a practice-based mode of making. Smith is a recipient of a juror’s award from the International Surface Design Exhibition for works in textile and sculpture, a 2020 participant in the Center for Maine Contemporary Art Biennial, and currently exhibiting in the multi-location international exhibition “Crossing Borders.” Recent publications include The Indian Quarterly, A Theology of Practice-Based Research, and Surface Design Journal. Smith believes the physical work is not the art, but an “artifact,” the art lies in the process of immersion and witness of place and community.