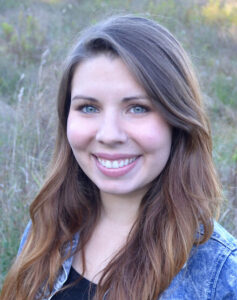 UMaine doctoral student Melissa Flye conducted her master’s research at UMaine on the role of communication and collaboration in efforts to restore Atlantic salmon, which are listed under the Endangered Species Act. UMaine News featured a recent Mitchell Center story about Melissa’s research, and how her work contributed to an assessment and reorganization of management efforts. Her research was part of the project Getting Over the Dam, led by Mitchell Center Faculty Fellow Carly Sponarski. Melissa grew up in Maine and received a B.S. in wildlife ecology from UMaine in 2013. She brought a strong background in biological and ecological science to the project, and integrated that with a social science approach—studying how people communicate, work together and make decisions.