Reuse It or Lose It

UMaine assistant professor of anthropology and Mitchell Center for Sustainability Solutions associate Cindy Isenhour attended college as a business communications major—with minors in marketing and management, worked as an account executive for an advertising agency, had something of an epiphany, and did a one-eighty.

“I had grown up in a household that was not particularly socially or environmentally engaged and at this point in my life I started to think more critically about what I was doing,” Isenhour says. “So I decided to go to graduate school, and for my master’s work I did an historical examination of what led to the development of the really strong mass consumer culture in the U.S.” Both Isenhour’s master’s and Ph.D. are in anthropology. In her continuing journey, years later, Isenhour has trained her research focus on the strong culture of materials reuse in her adopted home state of Maine. A current exhibit at UMaine’s Hudson Museum provides a vivid portrait of this culture. 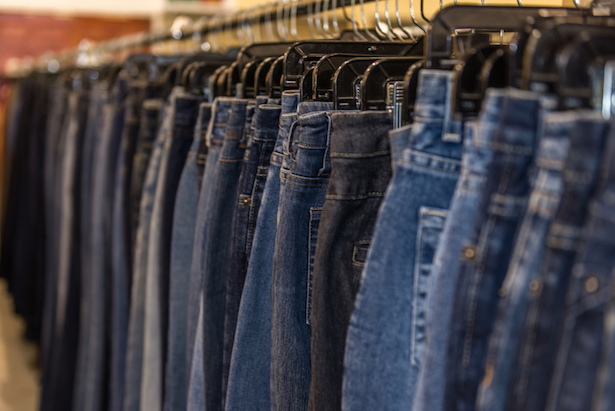 The reuse of material goods represents a simpler and less costly means of consumption compared to, in Isenhour’s words, “the linear production-consumption system” that drives economies, devours vast quantities of natural resources, and generally results in prodigious amounts of waste. Consider a single pair of blue jeans—an item of clothing that requires 11,000 gallons of water to produce.

Through photographs and detailed captions, the exhibit details Isenhour’s research of the reuse culture throughout Maine. Isenhour took the bulk of the photographs in the display (with additional contributions from her husband Ben and UMaine Ph.D. student Courtney King) and wrote all the descriptive captions. Many of the images capture the innate beauty of the “found art” of reuse items: shelves of well-worn, retired boat propellers, a glinting collection of blue-green glass telephone insulators. 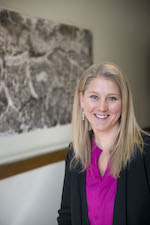 “It’s aimed at educating the general public about the topic,” Isenhour says of the exhibit. She adds, “And one thing that has surprised me when talking to people about all this is how very few of them have even thought about reuse, period, but especially from the environmental, economic or social perspectives that define our project.”

“Resourceful ME” examines the range of economic entities that support reuse in the state of Maine, ranging from flea markets, yard sales, antique markets, repair shops and architectural salvage to tool rental companies, pawn shops and the widely used Uncle Henry’s and Craigslist peer-to-peer exchange platforms. Whether the goal is to provide low-cost goods to families, protect the environment, connect with others in the community, or merely make a dollar, all are essential elements of Maine’s strong and long-standing culture of reuse.

“With its vibrant tradition of ‘waste not,’ Maine has lessons to share with other communities interested in sustainability and resilience” according to the exhibit.

Use it up, wear it out, make it do or do without

There is nothing novel or new about reusing stuff, of course, and Isenhour points out that defining the practice is, in some ways, a matter of semantics. She notes, “Some people characterize it as part and parcel of choosing ‘voluntary simplicity’ as a lifestyle and the Quakers have a really long history of conserving resources and living simply. So the root of this comes from a quest for simplicity, in certain ways.”

But Americans’ consumer culture in general is anything but simple. According to the exhibit, the average American throws away more than four pounds of stuff every day, which over the course of a year adds up to more than 1,400 pounds per person. And total waste generation rates continue to rise year after year, resulting in increased financial strain for municipal governments, landfill pressure, and environmental contamination. 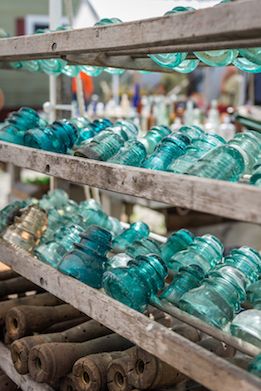 “And yet, here in Maine, we can be proud to have one of the lowest per capita waste generation rates in the country due, in part, to a strong culture of reuse,” says Isenhour.

As part of a larger Mitchell Center-funded project focused on materials management (solid waste), Isenhour works with a team of scholars investigating the reuse, repair and resale of objects as they relate to conserving Earth’s resources and helping to ensure more resilient and just economies for future generations.

Her interest in the reuse aspect of the project was sparked, in part, by meetings she’s attended with the Urban Sustainability Directors Network.

Says Isenhour, “Going to these meetings—populated mainly by sustainability directors for large U.S. cities like San Francisco, Portland, Chicago, Boston—I learned that reuse has really come into focus in many cities where they are exploring policies and programs designed to encourage the extension of product lifetimes. The problem is, we have very little data about the economic, environmental and social value or potential for reuse.”

Helping to fill in this data gap is where Isenhour’s team comes in.

“We are realizing that the consumption of goods and these linear product cycles that extract resources and put tons of energy into them to produce products only to bury them in the ground—we just can’t continue to do that,” Isenhour says. “So our work is not just about disposal prevention, it’s also about the prevention of economic waste—the idea that we’ve invested human and natural and economic capital in these products and suddenly their value is just gone.”

Not if Uncle Henry has anything to say about it.

“Uncle Henry’s is huge, the circular sells out and the number of people using the online platform is impressive,” says Isenhour. And this, she adds, is a very positive development given the “aging nature of a lot of our antiques and collectible shops.” That is, research, including her own, has shown that traditional reuse venues in Maine are run by people who are, on average, in their 60s and, thus, might not be in business for much longer before retirement.

“Data suggests that traditional reuse avenues may be something that’s disappearing but, on other hand, we see online outlets like Uncle Henry’s and Craigslist are very popular among younger people,” Isenhour says. “And so raises it the question, are they really fading out or is the reuse sector just shifting in form?”

Evidence of a shift in the form of reuse can be found in the popularity of collaborative consumption and sharing economies among younger people—largely in more urban areas—who participate in things like tool libraries and car sharing where people exchange useful items without actual ownership. 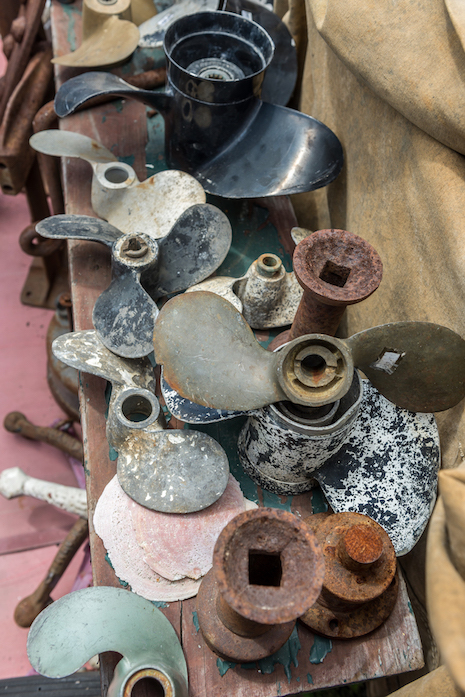 Isenhour adds that completion of a statewide survey her group is doing will provide the age breakdown to determine what forms of reuse people are participating in—virtual, brick-and-mortar like thrift shops, peer-to-peer, etc. “Once we can get that data then we’ll have really good information on whether young people really don’t care about reuse or if they’re just participating in a completely different way.”

Regardless, the Pine Tree State’s strong tradition of reuse is not likely to disappear anytime soon. Says Isenhour, “I’ve never seen a reuse economy like that in Maine and I’ve lived in a lot of different places. It’s just really vibrant and to me it raises all sorts of questions about how it came to be and why is it so vibrant here compared to other places. There are even lots of people who travel to Maine because of it—there are blogs about Maine thrifting and antique tourism.”

One interesting finding from Isenhour’s recent survey of reuse businesses suggests that reuse has a significant financial benefit in Maine in the form of tourist dollars. “Over 80 percent of the responding businesses reported that customers from out of state make up a large portion of their customer base and thus bring in a significant percentage of their income,” she says.

Isenhour and her group’s research into Maine’s reuse economy, both historically and currently, will answer some important questions that, perhaps, will help ensure the state’s tradition of thriftiness, environmental stewardship, and strong local communities continues well into the future.