Judaic Studies provides a broad liberal arts background that cultivates an appreciation of the central role played by Jewish culture in the development of human civilization.  This interdisciplinary program provides students some substantive understanding of the historical, religious, literary, philosophical, sociological and political experiences of the Jews; and it offers a diverse disciplinary framing of questions central to the Jewish experience with different perspectives and methodologies.

Find out more about this minor in the UMaine Catalog.

Click here for a list of Fall 2020 courses that fulfill requirements for a minor in Judaic Studies. 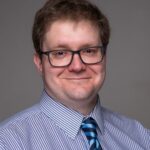