The Maine Folklife Center is not currently staffed. For more information or assistance, please contact the Dean’s Office in the College of Liberal Arts and Sciences at clas@maine.edu.

About the Maine Folklife Center

Since 1992, the Maine Folklife Center has played a leading role in documenting, preserving and sharing the rich cultural heritage of our region. In fact, the roots of the Center are even deeper, planted in the late 1950s by its founder, the late Edward “Sandy” Ives, a leading scholar on the folkways, folklore and folksongs of the Northern Forest region and the Maritimes. You can read more about Sandy and his impressive body of work here.


Today the Center continues its work on the issues, people and stories that define northern New England’s farming, fishing, and forest communities, even as these communities undergo rapid and profound change. The work we do helps to give voice to those often left out of conversations about the future of our region, while also honoring their invaluable cultural heritage.

We invite you to learn more about who we are and what we do, and to explore the rich collection of ethnographic and historical material we have gathered over the years. This material is held in the Northeast Archives of Folklore and Oral History, now found in the Fogler Library Special Collections at the University of Maine in Orono. The Folklife Center, which was the original home of these materials, maintains a special relationship with them, and our website provides a useful gateway to the Archives.

Whatever your interest, whether tracking down a long-lost family interview, finding materials for a research or media project, or learning how to do oral history or ethnographic research on your own, we can help. You can check out our collections online (here or at our Digital Commons site), come and visit us in person, or attend one of our public events. And if you need information that you can’t find here, or want to help us with our work, please let us know. We look forward to hearing from you!

Looking for Items from the Northeast Archives of Folklore and Oral History?

Many people contact us looking for audio recordings, photographs, or other materials from the Northeast Archives of Folklore and Oral History (NAFOH). In 2017, NAFOH was transferred to UMaine’s Raymond H. Fogler Library, Special Collections Department. Most of the materials were actually sent to the Library of Congress several years ago, with the goal of digitizing them for public access. Special Collections holds duplicates of those materials, as well as some additional items donated to the Folklife Center since the LOC transfer.

Those interested in exploring the Archives should begin their search HERE. If you are looking for a particular item and wish to see if it is available as an mp3 download, audio CD, photograph or pdf file, the staff at Special Collections are the ones to contact. You can find all their contact information by clicking on this link. Please note that Special Collections has its own policies regarding access to materials, as well as potential costs for CDs or other items. Their staff will be able to provide this information.

The Maine Folklife Center can still assist and advise individuals or organizations wishing to donate materials to NAFOH. We will also be adding our own new research materials to NAFOH in the coming years. If you have any questions, please feel free to reach us using our Contact Us page. 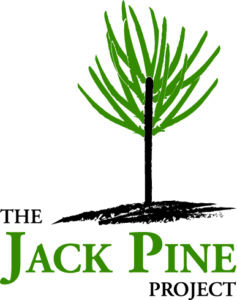 The creative arts are needed more than ever at a time like this. The Jack Pine Project responded to the current pandemic by connecting teachers in the arts with cohorts of students from around Maine.

Through a series of workshops, Maine artists, musicians, writers and others worked with various groups to help them express their thoughts, feelings, concerns, and hopes for the future. The project was coordinated by the Maine Folklife Center and Maine Studies Program, with support from the university’s Hutchinson Center in Belfast.

The title of the project was drawn from the Jack Pine, a species native to Maine that thrives in areas burnt by wildfire, needing the heat of fire to release its seeds. The image of a pine seedling emerging from burnt ground is emblematic of Maine’s reemergence from the COVID-19 pandemic and state of social crisis that we find ourselves in, and the role of the arts in this process.

Bobby Ives Passes Away in Orono

We were very saddened to hear that Barbara Ann “Bobby” Ives, wife of the late Edward “Sandy” Ives, passed away on November 28 at the age of 90. She was a resident of Dirigo Pines Retirement Community in Orono, Maine.


Bobby was a fixture in Orono and on the University of Maine campus, where she served as Program Coordinator and Assistant Director of the Memorial Union, the campus student center. In this and other roles she oversaw the university’s student activities and organizations for some 30 years. She also founded the long-running Creative Craft Fair on campus, among other accomplishments.

She was active in the University’s Oratorio Society and served as a board member for the UMaine Orchestra and other organizations. As one of Bobby’s passions was singing Handel’s Hallelujah Chorus with the Oratorio Society each holiday season, here is a link to their performance of this piece in 2018.

Bobby was also instrumental to the professional success of Sandy Ives, leading ultimately to the creation of the Maine Folklife Center.  According to many who knew them, she was a large part of his presence on the University of Maine campus, and at their homes in Veazie and North Bucksport, where they frequently hosted other faculty, students, and visiting musicians and others.

Bobby accompanied Sandy on many research trips to the field, as documented in books such as Drive Dull Care Away: Folksongs from Prince Edward Island as Gathered by Edward D. ‘Sandy’ Ives. The book is as much travelogue and family memoir as anthropological research. Here is one passage that makes this clear:

Now my family—Bobby, sons Steve and Nathaniel, and daughter Sarah—and I were back on Prince Edward Island for a couple of weeks camping and general knocking around, and of course part of my knocking around would be visiting Island people who had written me in response to letters I’d published in the local papers. Since once again most of those responses had come from West Prince, we had pitched our tents at Jacques Cartier Provincial Park and settled in for a spell of swimming, kite flying, and gabbing with our campsite neighbors. It was what family camping should be, even to the nocturnal raids of a pair of amiable skunks.

Given Bobby’s prominent role as travel partner, spouse, and parent while in the field, we are establishing a new scholarship fund that would honor this part of her legacy specifically, by supporting graduate students and junior faculty who bring their children and partners into the field. This is a hardship for many young researchers, particularly women, in anthropology and other fields.

We will post more information about this in the coming weeks, but for now, any donations made to the Maine Folklife Center in the name of Bobby Ives will be set aside for this fund. We hope that this small act will help honor Bobby’s unique role, and provide support for others in similar roles in the future.

To contribute toward this scholarship fund, please use the UMaine Foundation form HERE. Select the “Other Fund Not Listed Here” button at the top of the page, then type in “Maine Folklife Center – Bobby Ives Scholarship” in the text box immediately below.

Our sincerest condolences to the Ives family, and to others who knew Bobby as a coworker, mentor, and friend. 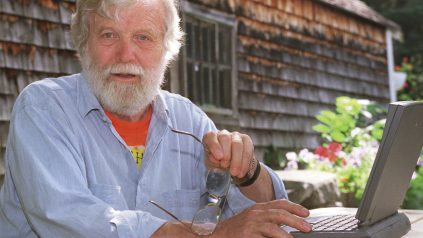 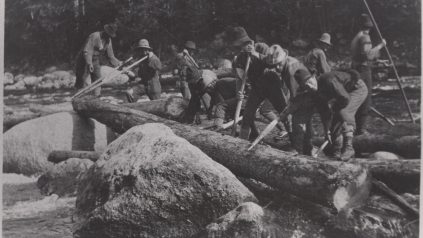 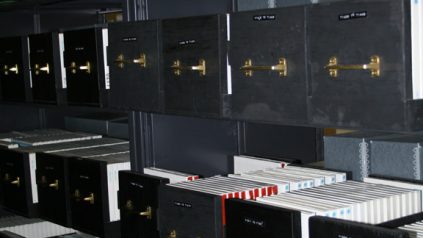 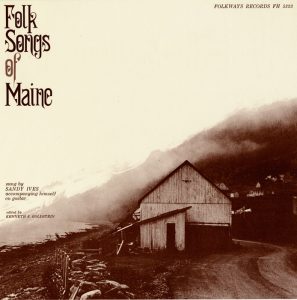 Ives sing, or order his CD Folk Songs of Maine, on the Smithsonian Folkways website.

This is the only album that Sandy ever recorded himself, despite a lifetime of learning, playing, and documenting the folksongs of Maine and the Canadian maritimes.