The UMaine Women’s Ultimate Frisbee Team, Boy Named Sue, was created in 2011. Our program started small but has expanded into a well-established team. We compete in several sanctioned and unsanctioned tournaments each semester and train throughout the year. Ultimate Frisbee is a fun, yet competitive, team sport with an inclusive culture. It is easy to pick up, especially if you have played other field sports, but since many people are unfamiliar with the sport, we are always excited to help people learn regardless of the level of prior knowledge they have. Players of all levels are welcome to come to our practices any time of the year, so you do not have to have any prior experience to join. We generally have practice 2 to 3 times a week and team events and volunteering scattered throughout the year. It is a really amazing sport that is up and coming, and we are always looking for new people to be part of our team! 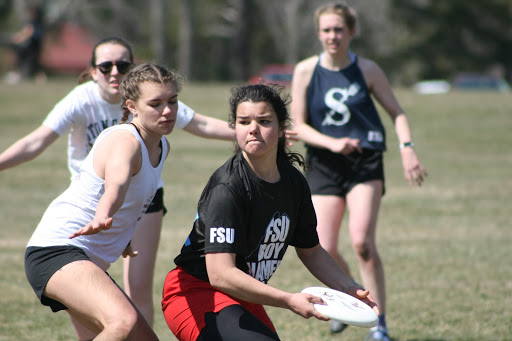 For more information on the club do not hesitate to contact us:

Check us out on social media 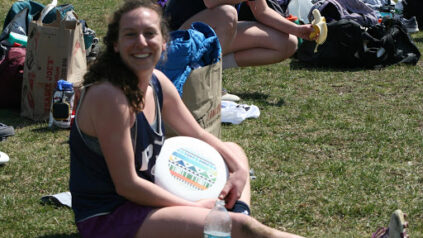 According to USAUltimate Ultimate Frisbee combines…

“The non-stop movement and athletic endurance of soccer with the aerial passing skills of football, a game of ultimate is played by two teams with a flying disc on a field with end zones, similar to football. The object of the game is to score by catching a pass in the opponent’s end zone.  Although ultimate resembles many traditional sports in its athletic requirements, it is unlike most sports due to its focus on self-officiating, even at the highest levels of competition. This concept, called Spirit of the Game, is integrated into the basic philosophy of the sport, written into the rules, and practiced at all levels of the game from local leagues to the World Games.”