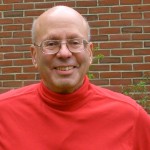 Steven F. Cohn, Professor Emeritus of Sociology, died July 29, 2019, from complications of Parkinson’s at the age of 79. He came to the University of Maine in 1971 after obtaining his Ph.D. in Sociology from Columbia University, where he studied with sociological luminaries such as Robert K. Merton. In 1971-1972 he played a leading role along with the then chair of the Sociology Department Herbert Maccoby in setting up the foundation of a renewed sociology department. Due to his Parkinson’s, he retired in 2014 in his mid-70s. This was still much sooner than he would have preferred, because he loved teaching and he loved the intellectual world of ideas.

Professor Cohn’s primary theoretical and research interests were political sociology and formal organizations. He published several influential journal articles with his colleague Steven Barkan on two topics: (1) racial prejudice and support for the punitive treatment of criminals, including the death penalty; and (2) the sources of commitment and participation in a voluntary organization, Bread for the World.

Beyond his research, he cared deeply about intellectual history and sociological theory, and taught in the University of Maine Honors College for many years. Students routinely raved about his teaching, even in his senior capstone course that drew heavily upon social and political theory, not normally a topic that excites many students. But Professor Cohn made theory come alive for them, and they loved him for that. He fittingly received the 2013 Outstanding Faculty Award in Teaching and Advising from the UMaine College of Liberal Arts and Sciences.

Professor Cohn’s friends and former students will miss him deeply. In a world where too many people look for the worst in each other, he looked for the best in everyone, and for more than forty years he was the most congenial and beloved colleague and teacher that any department could have ever hoped for.