The UMaine Deepwater Offshore Wind Test Site at Monhegan Island was established by Maine statute and assigned to the University of Maine to support research, development, and demonstration of ocean energy technology, including offshore wind and wave energy devices. The test site is located in Maine state waters, nearly 3 miles southwest of Monhegan Island and 12 miles from the mainland.

The University of Maine, the State of Maine, and U.S. Department of Energy have funded multiple studies/surveys to characterize the baseline physical and ecological environment of the test site. 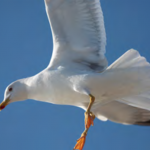 The University of Maine has closely monitored bird and bat activity over the test site from 2010 to 2013, partnering with the New Jersey Audubon Society to maintain a radar trailer on Monhegan Island, 2-3 miles from the UMaine Deepwater Offshore Wind Test Site. Radar covered from 0-2000 meters or 0-6000 feet, and results indicated that 90% of birds fly at an altitude well above hub height. 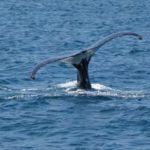 Complete studies were carried out to determine the effect of floating, offshore turbines on existing benthic (seafloor dwellers), demersal (near bottom), and pelagic (away from bottom) species. These studies included supplemented existing data available from the Maine Department of Marine Resources with physical surveys to monitor the existence and movements of marine species. Further analysis considered the impact of anchoring technologies and cabling on the benthic communities, and concluded that these species would generally move safely away from the immediate vicinity of these components during installation and removal activities. Furthermore, this assessment concluded that offshore structures serve as artificial reefs and often create an ecosystem for marine life in the area.

Objective: Assess movement patterns of aerial vertebrates in the vicinity of Monhegan Island

In addition to monitoring activity at Monhegan and the test site, wildlife monitoring was conducted on a 1/8th scale floating test turbine deployed for 14 months beginning in summer of 2013, off Dice Head in Castine, Maine. This monitoring provided data on how birds and bats respond to a floating wind turbine.