Dr. Norm O’Reilly, a professor and former assistant dean at the University of Guelph, has been named dean of the University of Maine Graduate School of Business, effective July 1. O’Reilly is a leading scholar in the business of sports. In 2018, he founded the International Institute for Sport Business & Leadership, a global research […]

Harley Rogers, a library specialist in the Circulation Department at Raymond H. Fogler Library, has been awarded the 2021 Phyllis E. Ainsworth scholarship from the Maine Library Association. The scholarship is given annually to a Maine resident currently enrolled in a master’s or doctoral degree program in library or information science. Rogers received a B.A. […] 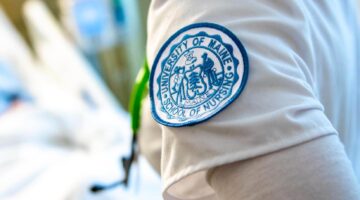 Increasing the diversity of Maine’s workforce in nursing is the focus of a more than $1.7 million grant from the federal Health Resources and Services Administration to the University of Maine School of Nursing, in partnership with Northern Light Health and Morgan State University. The four-year award by HRSA, an agency of the U.S. Department […]

A research team from the University of Maine Darling Marine Center, including undergraduate and high school students, will spend the coming months recording the number, type and size of shellfish species at several sites along the upper Damariscotta River. They also will document local knowledge of the estuary held by fishermen and other local residents. […]

University of Maine historian Karen Sieber will be featured in a CBS special about the 1921 massacre in Tulsa, Oklahoma airing at 10 p.m. May 31.  The one-hour special, “Tulsa 1921: An American Tragedy,” marks the 100th anniversary of the two-day massacre, during which white Tulsans attacked, killed, destroyed and pillaged their Black neighbors and […]

Maine native and University of Maine alumna Christina Cash has been named assistant director for outreach and communication at the Lobster Institute at UMaine, effective May 17. Cash joins the university from Bigelow Laboratory for Ocean Sciences in Boothbay, where she had been an advancement officer since 2018. Her experience includes serving as program and […] 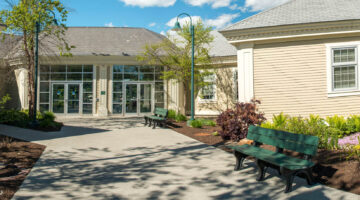 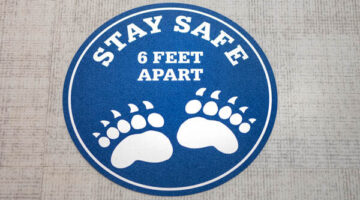 This spring, the University of Maine established the Black Bear Award for Extraordinary Impact, focused on recognizing an individual or group that goes above and beyond in performance excellence. Such positive impact is “deep, significant and lasting,” and is reflected campuswide and beyond in the quality of the student and employee experience. The inaugural recipient […]