Two icons in literature and music in Maine — international best-selling author Tess Gerritsen and singer-songwriter David Mallett — will receive honorary Doctor of Humane Letters degrees and share remarks at the 212th Commencement May 10 at the University of Maine.

“We are so pleased that Dave Mallett and Tess Gerritsen will join us for the 212th Commencement and share perspectives from their remarkable careers with the UMaine community,” says University of Maine President Paul Ferguson. “It is UMaine’s distinct privilege to present honorary degrees in recognition of the contributions of Tess and Dave to the arts and humanities.” 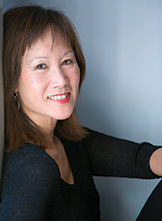 Tess Gerritsen earned a medical degree at the University of California, San Francisco in 1979. It was while on maternity leave from her work as a physician that she began to write fiction.

In addition, her books have been top-three best sellers in the United States and abroad. She has won both the Nero Wolfe Award (for Vanish) and the Rita Award (for The Surgeon). Critics around the world have praised her novels as “pulse-pounding fun” (Philadelphia Inquirer), “scary and brilliant” (Toronto Globe and Mail) and “polished, riveting prose” (Chicago Tribune). Publishers Weekly has dubbed her the “medical suspense queen.” 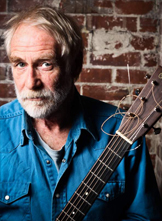 David Mallett of Sebec, Maine, has had a music career spanning four decades. His songs, which take place in or are written about experiences of Maine have been recorded by more than 150 artists, including Pete Seeger, Alison Krauss, John Denver, Emmylou Harris and even the Muppets. His Garden Song has become an American folk classic. He has performed in town halls and folk clubs across America and Europe, in addition to major venues, such as Barns of Wolf Trap, Newport Folk Festival and Prairie Home Companion.

The Bangor Daily News recognized him as one of the 58 most memorable Mainers of the 20th century, along with Marshall Dodge, Andrew Wyeth, E.B. White, Stephen King and Edna St. Vincent Millay. He has recorded 15 albums, including The Fable True (2007), based on Thoreau’s expeditions in the Maine Woods, a spoken word CD with accompanying music.

Mallett began his musical career in Bangor at age 11, performing in a country-folk duo with his older brother Neil. He began writing songs when he was a theater student at the University of Maine. After living in Nashville for many years, Mallett returned to Maine in 1995 and established his own label, North Road Records. He continues to travel and perform on the world stage. His sons, Luke and Will, founded the six-member alt-country/rock Mallett Brothers Band in Portland, Maine.