Understanding Ecological, Social, and Economic Aspects of Bycatch and Building Stakeholder Alliances in the Gulf of Maine Lobster Fishery 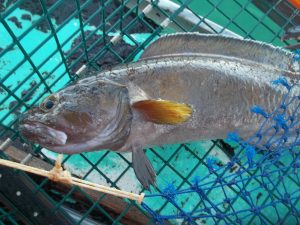 Bycatch, or the incidental catch of non-target species, represents both an ecological and social problem in fisheries management. The decision of fishers to keep or discard bycatch caught in a targeted fishery is based on a fisher’s knowledge, understanding, and attitudes about the non-targeted species and their perceived insights about potential survivability of discarded fish. Because bycatch is a widespread problem in fisheries management and its causes are complicated, a cooperative approach involving the participation of an interdisciplinary team of researchers, practitioners, policy makers, NGOs, and fishers is not only appropriate, but also essential.

By strengthening existing stakeholder alliances in the Gulf of Maine (GOM) lobster fishery, this project intends to focus on understanding ecological, social, and economic aspects of bycatch. The GOM lobster fishery plays a critical role in Maine’s economy and society and is vital to many coastal communities. Limited data indicate that bycatch in the lobster trap fishery includes many invertebrate and finfish species. Most notably, some groundfish species are part of the bycatch including Cusk (Brosme brosme) and Atlantic Cod (Gadus morhua). If cusk become listed as an endangered species under the US Endangered Species Act (ESA) there will be major implications for the management of the lobster fishery and communities that depend on it as their principal source of income. Thus, this research is imperative for the proactive management of the lobster fishery, not only to promote healthy, diversified fisheries in the GOM, but especially if a bycatch species is listed as threatened or endangered under the ESA.

Cusk and Atlantic cod are both physoclistous species with unique evolutionary traits that make them particularly vulnerable to predation upon discard from the lobster trap. To further understand the fate of cod and cusk bycatch, it is necessary to investigate fisher perceptions and valuation of these species, and the extent to which local knowledge converges or diverges with scientific knowledge. The participation of fishers and a deeper understanding of local ecological knowledge about cod and cusk is a critical component to identifying issues and solutions to the problem of bycatch in the lobster fishery.