Many megacities such as Mexico City will experience in the coming decades an amplification of the existing challenges of water governance due to climatic change and further urbanization. As part of a large research project, we are developing an agent-based model of the water governance in Mexico City. The model focuses on the interplay between neighborhoods and the central water authority which has to make decisions on investment in new infrastructure and infrastructure maintenance. Neighborhoods can adapt and protest. The objective of the model is to understand how the vulnerability of an urban environment subjected to water related hazardous events is influenced by the decision making process of a central authority that manage water related infrastructure. The feedback by the neighborhoods to government decisions are included and provide a way to capture the effectiveness of policies.

In this presentation we present initial results of the agent-based model in which we explore the consequences of different priorities the central water authority is expressing in investment decisions on infrastructure. The model analysis will focus on the trade-offs between actors in time and space. How will a focus on efficiency or inequality impact the long term vulnerability of the Mexico City infrastructure for flood protection and water provision? Will a focus on improving local vulnerabilities of those neighborhoods who protest lead to more system wide vulnerabilities compared to alternative policy scenarios? 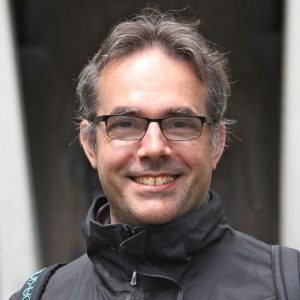 Marco Janssen is a Professor in the School of Sustainability, and the Director of the Center for Behavior, Institutions and the Environment, both at Arizona State University. His research focuses on the governance of common resources. In his research he combines behavioral experiments, agent-based models and case study analysis applied to diverse topics such as small-scale irrigation systems and urban coupled infrastructure systems.