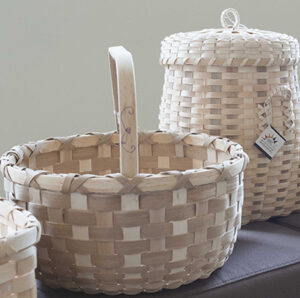 Speaker: John Daigle, citizen member of the Penobscot Nation and Professor in the UMaine School of Forest Resources

The invasive emerald ash borer (EAB) poses a potentially devastating threat to all three species of ash (brown, green, and white) found in Maine. The EAB is of particular concern to Maine Indian Basketmakers, who rely on brown ash (Fraxinus nigra) to make Indian ash splint and sweetgrass baskets, the oldest documented arts tradition in New England. For the past 8 years, John Daigle and a team of UMaine researchers have been involved in efforts to mobilize diverse interests to address the potential threats from EAB. Their research seeks to study and facilitate the ways that Wabanaki, basketmakers, tribes, state and federal foresters, university researchers, landowners and others come together to prevent, detect, and respond to this threat. In this talk, Daigle will provide an update on the team’s work and discuss potential next steps in the research.