How the Arctic Became Global 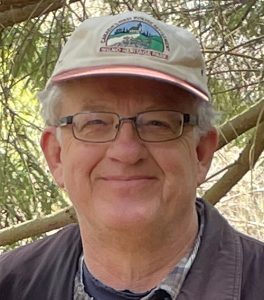 Polar bears perched precariously on melting ice, oil exploration disrupting caribou migrations, Inuit defending their right to livelihoods defined by ice and cold: these and other images are now widely viewed as portents of global transformation. Why has the Arctic become so central to global environmental anxieties? Some of the answer lies in scientists’ explanations of the planetary consequences of disappearing sea ice and melting permafrost. But there is more going on here. Through an exploration of the history and politics of environmental knowledge I consider how evolving ideas about this region – as a terrain defined by Cold War tensions, a pristine wilderness, a resource frontier, and an Indigenous homeland – have together woven a view of the Arctic as an icon of global change.

Stephen Bocking is Professor Emeritus in the Trent School of the Environment, Trent University, where he served as Professor (and for a time as Chair and Director of the School of the Environment) from 1994 to 2022. Originally trained in biology and the history of science, his research interests encompass the historical and contemporary roles of knowledge in environmental affairs. He is the author of about 60 articles and book chapters, and the author or editor of a few books, including Ecologists and Environmental Politics: A History of Contemporary Ecology (Yale University Press, 1997), Biodiversity in Canada: Ecology, Ideas, and Actions (Broadview, 2000), Nature’s Experts: Science, Politics, and the Environment (Rutgers University Press, 2004), Ice Blink: Navigating Northern Environmental History (University of Calgary Press, 2017), and Cold Science: Environmental Knowledge in the North American Arctic during the Cold War (Routledge, 2019).

The Geddes W. Simpson Lecture Series features speakers of prominence “who have provided significant insight into the area where science and history intersect.” The Geddes W. Simpson Lecture Series Fund was established at the University of Maine Foundation in 2001 by the family of Geddes Wilson Simpson, a well-respected faculty member who began his 55-year career with the UMaine College of Life Sciences and the Maine Agricultural Experiment Station in 1931. Simpson was named chair of the Entomology Department in 1954 and remained in that position for 20 years until his retirement.

The University of Maine is an equal opportunity/affirmative action institution.