UMA’s Kati Corlew and The Art of Storytelling 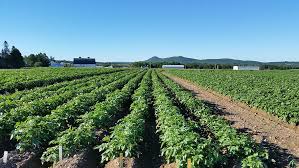 Kati Corlew is an Associate Professor of Psychology and Faculty Coordinator of Civic Engagement at the University of Maine Augusta, Bangor campus. Corlew also leads the community engagement component of the Barracuda project, an NSF EPSCoR RII Track-2 grant led by the Mitchell Center’s Brian McGill. The project aims to understand the species adaptation process under climate change and its effects on cultural evolution.

During Barracuda’s first year, Corlew focused on researching the farming culture of Northern New England allowing the research team to gain a better understanding of the specific needs of rural communities. They can then engage from a more knowledgeable perspective as well as integrate the community’s knowledge into the project.

To translate new areas of study such as data science and data tools with the community, Corlew hopes to bring the storytelling element of communication to the project.

Read the complete article on Kati Corlew in the Maine EPSCoR newsletter.