Dr. Richard Corey, the Director of Operations at the Virtual Environmental and Multimodal Interaction (VEMI) Lab, was nominated for the 2018 Northeast Region Supervisor of the Year. The award is given by the North East Association of Student Employment Administrators (NEASEA) and aims to recognize a supervisor who has demonstrated an outstanding ability to “integrate student employees as a part of their staff, provide guidance and mentoring, encourage initiative, and to align with the mission of the college or department .” 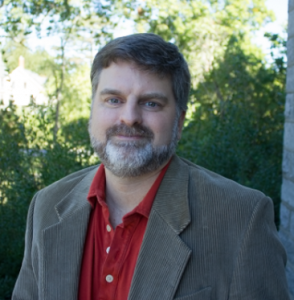 “One of the first things Rick told me about working for VEMI was that it was okay to fail, something I have never been told by any other advisor, professor, or coach. While this may seem to some as a trivial statement, the pressures of academics instill in students that failure is unacceptable, but Rick prefers to look at it as a learning opportunity.”

“Rick is an amazing mentor and incredibly protective of his students. Once he’s adopted you, he’ll fight tooth and nail to help you get through not only school, but all of the other hurdles life throws at you.”

“Rick is the best person to work for because he cares about the work we do, he understands how everyone collaborates with each other, and he is always there to talk about anything.”

“Rick has the ability to listen carefully to everyone, students and colleagues, and look for ways to bring out everyone’s best work in a diverse team environment. He nurtures students’ interests and makes the VEMI Lab a safe space to learn and grow for them. He is a truly exceptional mentor and has created, with Nick Giudice, a unique educational environment that would be difficult to recreate without his creativity, his skill for using research to stimulate discussions, and his unwavering devotion to VEMI students.”

To be considered for this award is a honor in and of itself, as there were only 11 nominees in the Northeast Region. Congratulations Richard, your commitment to student success is an integral part of what makes UMaine great.