Our research focuses on the chemical transformations and physical fluxes of naturally-occurring particles in the ocean, with an emphasis on rapid processes that alter these particles as they cross major earth system boundaries—e.g., into the ocean across coastlines, downward from the sunlit surface ocean through the “twilight zone”, and upward from the bottom through sediment resuspension, or through hydrothermal vents into cold, deep waters.

Current projects (below) focus mainly on the ocean’s biological carbon pump which transfers organic carbon from the sunlit surface ocean into the interior.  Other current interests include development of new methods for autonomous, in situ measurements of organic carbon pools, validation of ocean carbon dioxide removal methods, understanding the controls on particle sinking speed in the ocean, and modeling photochemical losses of heterogeneous organic matter from dynamic environments. 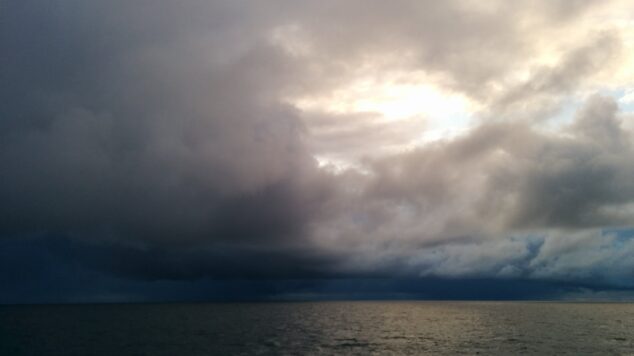 Spring Bloom and Carbon Export in the North Atlantic 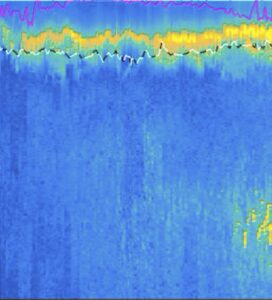 With collaborators at MBARI and WHOI and support from NSF, we are using profiling floats equipped with biogeochemical sensors to investigate the timing, magnitude, and associated carbon export from the spring bloom in the North Atlantic Ocean.

Do biological particles scavenge and remove microplastic fibers from the ocean? 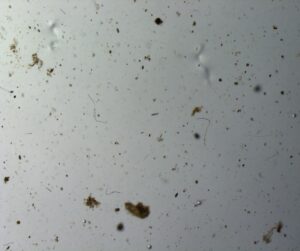 What happens to plastic waste after it gets into the ocean?Evidence shows that it gets broken down into smaller and smaller pieces (“microplastics”).  With support from the University of Maine MARINE Initiative, we are investigating whether sinking aggregates of organic detritus might carry microplastics down into deeper water, affecting the fate of plastic waste in the ocean.

In partnership with Sequoia Scientific (www.sequoiasci.com) and with funding from the NSF Small Business Technology Transfer program, we are designing a sensor for the detection of sinking particulate carbon in the ocean, which is a key pathway in the ocean’s biological carbon cycle.  The sensor will be designed from the ground up for use with distributed, autonomous profiling floats. 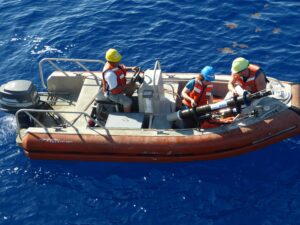 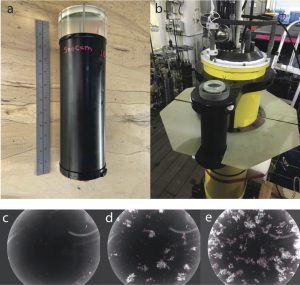 The ocean naturally moves carbon produced by living organisms from the atmosphere to deep water, and this plays an important role in how Earth’s climate may respond to increasing amounts of carbon dioxide.  Additionally, some have proposed attempting to intentionally accelerate this process in an effort to reverse human carbon dioxide emissions. However, teasing apart the different biological influences that drive sinking carbon remains a major challenge. The tools that are required to measure sinking carbon are often expensive and specialized, limiting their accessibility.  In this NSF-OTIC funded project, a camera-equipped sediment trap that catches and identifies sinking particles will be developed, tested, and refined.  It will utilize openly shared software, and hardware designs that are based upon commercially-available components, to enable easier adoption by other researchers. 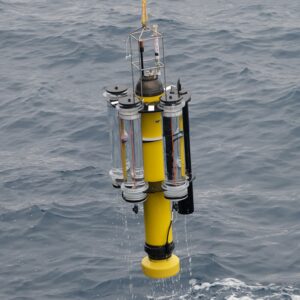 We are characterizing the strength and variability in the ocean’s “biological carbon pump” across contrasting sites in the ocean. The observations will support development of better models to predict changes in the ocean’s biological carbon uptake. The EXPORTS program is a large, interdisciplinary and multi-institutional effort supported by the NASA Ocean Biology and Biogeochemistry program. The sediment trap team (led by Estapa at the University of Maine) is collecting and characterizing sinking particles using a flotilla of sediment traps, cameras, and innovative sampling techniques.