Terry S. Yoo is Associate Professor of Computer Science in the University of Maine School of Computing and Information Science.  He returns to academia after 20 years with the Office of High Performance Computing and Communications of the U.S. National Institutes of Health.  Prior to his appointment with the Federal government, Terry was Assistant Professor of Radiology and Research Assistant Professor of Engineering at the University of Mississippi.  Winner of national awards for both technical achievement and service, Terry holds an A.B. in Biology from Harvard, and an M.S. and Ph.D. in Computer Science from UNC Chapel Hill.

His research explores the processing and visualizing of 3D medical data, interactive 3D graphics, and computational geometry.  He is also the project officer who conceived and managed the development of ITK, the Insight Toolkit, under the Visible Human Project. He has received multiple honors including the 2013 NIH Director’s Award, the 2013 Hubert H. Humphrey Service to America Award from the U.S. Department of Health and Human Services, and the 2015 Secretary’s Choice HHS Innovates award for his multiple projects that have contributed to his tireless advocacy of open science. 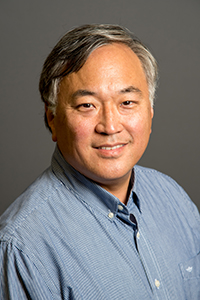