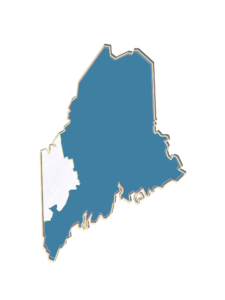 An 1886 edition of the Gazetteer- State of Maine refers to Oxford County as the hill region of Maine with more “lofty peaks” than any other equivalent area in New England. Their description is lovely, with words that we do not hear anymore: “Lofty and snowclad peaks, with almost impassable glens between, have their peculiar and thrilling attraction; but the peaceful verdure of great woods, grassy valleys, rich meadows, hillsides enlivened with flocks and herds, shining streams, and sky-repeating ponds, with occasional breeze-swept eminences, affording wide views of the surrounding beauties, hold the regard of the lover of nature for a longer time, and are more restorative in their influences.” (1) 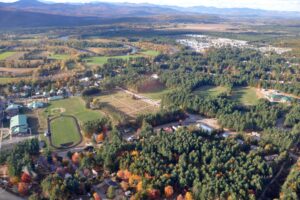 According to this same article, the Native Americans in this area were part of the Abenaki nation including the Anasagunticooks and the Sokokis tribes. In 1762, General Joesph Frye, a distinguished soldier during the French and Indian wars, was granted land that became Fryeburg. Other towns soon followed.

Today this area is known for its many beautiful and pristine lakes, rivers, and streams, along with a diverse landscape of hills, fields, forests, and mountains. Fryeburg, home to the world-famous Fryeburg Fair, and Norway are both growing hubs for food and culture, and the area’s countryside provides many great opportunities for getaways and camping, all within an easy 1 hour drive of urban centers at Portland, Lewiston, or North Conway.