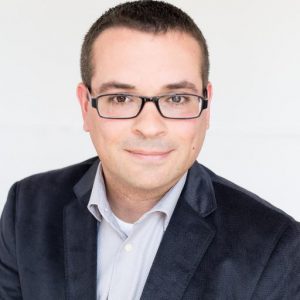 As an environmental and Canadian historian, my research has focused on forestry and natural resource management, particularly the notions of forests as contested spaces and the state as mediator between various user groups competing for access to public resources. Much of my current research examines the history of resource and ecological science in the mid-20th century. I am especially interested in how some scientists, often those working within government departments and agencies, went from unquestionably thinking of themselves as resource scientists in the 1940s and 1950s to more often than not simply identifying as ecologists in the 1960s and 1970s, and then perhaps even engaging in wider debates as public intellectuals and advocating modern environmental values. In recent years, I have also become intrigued by the field of comics studies, to the point that I am now researching and publishing on the history of government comics in Canada, in particular how the state has used comics to convey certain messages to citizenries.

“Trees Are a Crop: The Crown Forest and the Modernization Ethos in New Brunswick, 1940-1982.” Under advance contract with UBC Press.

“Power Tools as Tools of Power: Mechanization in the Tree Harvest of the Newfoundland Pulp and Paper Industry.” Newfoundland and Labrador Studies 21, no. 2 (Fall 2006): 235-254.

“‘Not an Easy Thing to Implement’: The Conservation Council of New Brunswick and Environmental Organization in a Resource-Dependent Province, 1969-1983.” In Environmentalism on the Ground: Processes and Possibilities of Small Green Organizing, eds. Jonathan Clapperton and Liza Piper. Edmonton, AB: Athabasca University Press, forthcoming.

“A ‘Fundamental Cost that We Can’t Deal With?’: The Political Economy of the Pulp and Paper Industry in New Brunswick, 1960-Present” (co-authored with Bill Parenteau). In Exploring the Dimensions of Self-Sufficiency for New Brunswick, eds. Michael Boudreau, Peter G. Toner, and Tony Tremblay, 13-34. Fredericton, NB: New Brunswick and Atlantic Studies Research and Development Centre and St. Thomas University, 2009.