Inequity is a choice that we make as a global society through the economic systems that we hold up as legitimate. We currently have the capacity and resources to meet the basic needs of all human beings on the planet (Binder et al. 2020), but the neoliberal capitalism that privileges growth over well-being has entrapped us into a profoundly unequal system, where, continuing the legacy of colonial conquest, some lives are valued more than others (Oliver-Smith 2016; Marino and Faas 2020; Marino and Ribot 2012; Haverkamp 2021). The global poor lack the resources to meet basic needs, eroding their capacity to engage in the political power building that is necessary to advocate for their rights, and become trapped in cycles of survival (Singer et al 2016; Ribot 2013). To increase resilience to a changing climate – as well as to benefit from the many sources of knowledge production needed to mitigate the climate crisis – lower threshold policies like basic income and job guarantees, as well as access to affordable healthcare, housing, high-quality food, and education, are needed to free the poor from survival mode and empower them to enter the political arena as agents of change. I will outline how minimum economic thresholds could lead to increased resilience and decreased vulnerability due to greater access to resources, how this will lead to increased access to power and decision making and thus adaptive capacity, and finally, how the politics of who gets to produce knowledge shapes policy outcomes (Fabinyi et al. 2021).

Mainstream vulnerability analyses tend to focus on who is vulnerable rather than examining why they are vulnerable. In this way, the analyses are “defanged” and made “palatable” and apolitical (Marino and Faas 2020, p. 36). Critiquing mainstream vulnerability analyses, Erikson (2015, p. 524) writes, “much research on climate change vulnerability continues to situate vulnerability within analyses of climate, rather than in societies and political economies.” To get to the roots of why people are poor and thus labeled vulnerable, “we need to address the […] huge imbalances in power” (Oliver-Smith 2016, p. 81). Marino and Faas (2020, p. 35) name these root causes: “the long arcs of colonialism, development, global capitalism and modernity,” advocating for a novel view of vulnerability. Rather than focusing on the vulnerable-ized populations (the poor), they ask, “which systems of relations are most vulnerable to using, or have used, the blunt force of power to eliminate alternative ways of proceeding? Which systems of relations, which assemblages of actors, ideas, and materials are vulnerable to outcomes borne of oppression?” (Marino and Faas 2020, p. 42). These questions turn the mainstream view of vulnerability on its head, directing focus away from the outcome of inequality towards the source.

Access to resources begets access to power and decision making. If everyone were to be provided with the necessities of life, including food, water, shelter, and healthcare, they would have increased capacity to organize for clean air and water and to protect our natural “life support systems” (Earle 2009). As Mortreux and Barnett (2017, p. 7) explain, “people have a limited capacity to worry such that increases in worry about one issue in life will lead to a decrease in worry about other issues.” If people are worried about meeting their basic needs, their capacity to deal with all other issues is compromised. Ribot (2013) asserts that “to tilt decision making in favor of the poor will require systematic representation of poor and marginal voices in climate decision-making processes” (p. 176).

As we come to accept that we will be living with a certain amount of climate change no matter the actions we take now, the ability to deal with that change, or adaptive capacity, has come into focus. Eriksen (2015) posits that “what counts as ‘adaptive’ is always political and contested” (p. 523), with social inequalities being the most important factor (Singer et al. 2016). In fact, “[s]ome forms of adaptation may impoverish people and build very powerful systems of negative resilience” (Tanner et al. 2015, p. 25). Resilience itself is a value-neutral concept, and undesirable states (for instance, ocean dead zones) can be incredibly resilient. Policies aimed at adaptation imposed from outside the communities they intend to serve can have unintended negative consequences. Agrawal and Lemos (2015) “propose ‘adaptive development’ as a form of development that mitigates risks without negatively influencing the well-being of human subjects and ecosystems” (p. 186). Moving deeper, transformational policies “replac[e] established political regimes with new rights compacts” (Haverkamp 2021, p. 3). Reformists may argue that “incremental improvements in livelihoods and small shifts in power relations can have transformative developmental benefits for future generations” (Tanner et al. 2015, p. 25), but it is also argued that “incremental adaptation […] is insufficient for survival under global climate change” (Haverkamp 2021, p. 3).

The fundamental questions of power – who benefits, who loses, “who decides, and on the basis of what value systems” (Tanner et al. 2015, p. 23), and who and what value systems are left out – are important to examine with any proposed policy (Fabinyi et al. 2021; Nightengale et al. 2020). The inclusion of traditional, local, and indigenous knowledges (Ford et al. 2016) in decision making ensures that the best decisions will be made with all the available information (Eriksen et al. 2015). Leaving these ways of knowledge production out of policymaking impoverishes the results and leads to actions with limited scope and potentially disastrous consequences. “Difference opens the door to ways of thinking, imagining and being that are outside of one’s own cultural frame […], offering real alternatives to climate change solutions that are born from the same logics that created the climate crisis (i.e. colonialism, capitalism, patriarchy and Enlightenment rationality)” (Haverkamp 2021, p. 9). These logics can also produce “entrenchment,” where “adaptation projects aggravate political, socio-economic, or cultural inequalities and the disempowerment of disadvantaged groups [including] favouring concentration of wealth” (Sovacool et al. 2015). Likewise, “IPCC authors will endorse a small set of storylines” (Inman 2011, p. 9). This limiting of the narratives around possible future outcomes does a disservice to the diverse imaginings from which new ways of being can arise.

Indigenous worldviews are critical to informing climate science and policy. While – and perhaps because of – being “sensitive to climate change impacts, their accumulated knowledge can help to better understand the challenges posed by climate change and how to respond” (Ford et al. 2016). However, this knowledge is often distilled into data points for use in Western science settings. Goldman et al. (2016, p. 27) critique the “distilling of complex knowledge practices into information for the purposes of integration.” This type of use can lead to loss of richness and context. “Dynamic indigenous interest groups and their communities of origin are central to constructing vital strategies to protect the future. These should be respectful of the past, but even more respectful of these groups’ potential for agency in the future” (Eisenstadt and West 2017, p. 55). Climate negotiations will be strengthened when indigenous leaders are upheld as important and knowledgeable voices and respected as representatives of sovereign nations.

Who has the money, and consequently the power, often dictates which forms of knowledge are prioritized. Funding guides science; thus, more equitably distributing global wealth also more equitably distributes global knowledge production and policymaking. Castree (2017, p. 165) describes money as a “globally recognized language” that is “able to powerfully communicate ‘messages’ about all manner of human preferences, wishes and desires” and takes the shape of  “ taxes, loans, incentives, specialized investment funds and so on.” It could also be said to be expressed as what research is prioritized through funding (Cruikshank 2012). Barron (2018) calls for transparency around funding, and Lahsen (2013) notes the influence of federal agency funding on the type of science that gets recognized.

Fundamentally, “[c]limate change is redistribution […] As redistribution, climate change is also a matter of justice – it is about who gains and who loses as change occurs and as interventions to moderate change unfold” (Marino and Ribot 2012, p. 323). In order to address these issues of power and open up all possibilities for transformation, it is vital that we as a global society decide that everyone’s basic needs must be met. “Equity is not an outcome achieved once and for all, but must be an ongoing process” (Marino and Ribot 2012, p. 324) – and one that will need to be consistently renegotiated. It is time for policies that ensure a baseline income so that all humans have access to food, water, shelter, and healthcare and are thus freed to participate in imagining and shaping the future, without the urgency of survival in the forefront of their efforts. Whitington (2017) asks, “Who would we polluting, unequal humans become if emissions were halved or even eliminated?” (p. 52). If we all had the resources that would allow us the luxury of contemplating this question and promoting our answers, our collective response would be more equitable, just, and importantly, effective. 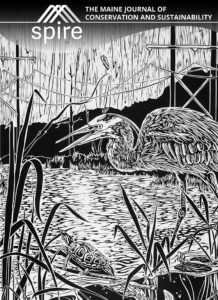