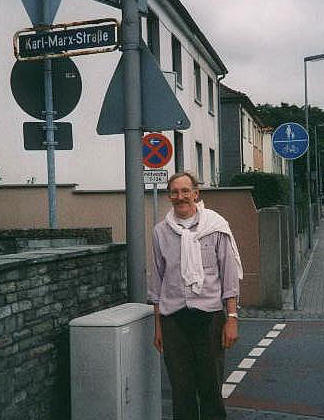 Exporting the Alaska Model: Adapting the Permanent Fund Dividend for Reform around the World,  co-edited with Karl Widerquist (Palgrave MacMillan, 2012).

Self-Management and the Crisis of Socialism,  (Rowman & Littlefield, 2000)

Socialism, (Humanity Press, 2001). There is an associated Socialism website, which has selected chapters online and links to many socialism-related sites.

I have been involved over the years with various peace and justice organizations, such as the Peace and Justice Center of Eastern Maine, seeking non-military solutions to conflict.  I have traveled, among other places, to Cuba and the former Yugoslavia, and have given talks on these countries.   I am Treasurer for an interdisciplinary society called the International Institute for Self-management, that meets bi-annually in various countries to discuss research and current developments in cooperatives and other forms of economic democracy.  I have been a contributing editor for a  related publication, the Grassroots Economic Organizing Newsletter (GEO). I am the Coordinator of the US Basic Income Guarantee Network, and co-editor of the journal Basic Income Studies. I am also active in several societies, such as the Radical Philosophy Association, the North American Society for Social Philosophy, and the Basic Income Earth Network. I also help to organize every semester a lecture series for the Socialist and Marxist Studies interdisciplinary minor.

Married to Valerie Carter; one daughter, Emma; one stepson, Jeremy.
My door is always open to talk to students interested in philosophy.   Drop by the Maples for a chat, or inquire over e-mail.