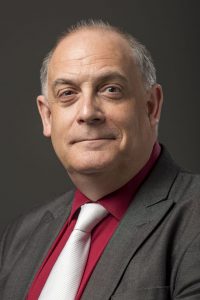 Timothy Reagan was named dean of the University of Maine College of Education and Human Development in March, and started at Shibles Hall in late June. Just a few weeks into his first academic year in Orono, Reagan answered some questions about his background and goals for the college moving forward.

Why UMaine? What attracted you to the job?

UMaine was very attractive to me for a number of reasons. It is the state’s land- and sea-grant institution, it is a very strong research-oriented university in which teaching and service to the community still matter a great deal, and it is a New England institution that is closely connected to both the region and its own roots in the region. For the College of Education and Human Development, this means that the university’s mission, philosophy and goals are about as close to those of the college as one could ever hope for. This is very similar to the University of Connecticut, the institution at which I have spent most of my career. Although Connecticut and Maine are certainly very different in important ways, they are also similar in others, so to some extent coming to UMaine is like coming home for me.

What is your academic and professional background?

You’ve worked abroad in South Africa and Kazakhstan. What led you to those positions? What did you enjoy about working overseas? How do you think the experience of working abroad will help you as dean, if at all?

I began conducting research on issues of language and race in education in South Africa in 1982, and spent much of 1985 working in the country. That led to ongoing work and both personal and professional connections in South Africa. After the fall of the apartheid regime, I was invited back to South Africa to serve as the Executive Dean of the Faculty of Humanities at the University of the Witwatersrand in Johannesburg, the largest English-medium university in the country. It was an incredibly exciting time to be in South Africa as we were very much committed to working together to build a just and humane society. I returned to the United States largely for family reasons, and for the next six years served as a CSU Professor at Central Connecticut State University.

In 2012, I was asked to come to Astana, Kazakhstan, to be the founding dean of the new Graduate School of Education at Nazarbayev University—an institution created by the President of Kazakhstan, and intended to be a western-style, world class research university. I worked closely with faculty members from 22 countries to design a variety of master’s and Ph.D. programs, which were designed to provide both high-quality research and leadership for the entire Central Asian region.

I believe that working overseas inevitably helps a person become more creative and tolerant—one has to learn to deal with very different kinds of systems, assumptions about education, educational philosophies, and cultures and societies that are very different from one’s own. In addition, by working in different kinds of contexts, I think that one becomes more open to various kinds of problem-solving and different sorts of solutions to educational and institutional challenges.

Can you describe your research interests?

My research has focused primarily on issues related to language in education – foreign language teaching and learning, applied linguistics, and language policy and language planning, both in the United States and in other settings around the world. Much of my work has been concerned with signed languages (especially American Sign Language and South African Sign Language) and their use in educational settings, as well as with deaf culture. Finally, I have written extensively on non-western and indigenous educational thought and practice.

What excites you most about the job at UMaine so far?

Before arriving in Orono, I was already familiar with the College of Education and Human Development and UMaine, but since arriving, I have continually been impressed by the quality of my colleagues here, and by the faculty in the college in particular. UMaine and the College of Education and Human Development have good national and international reputations, but to be honest, I think that even so we have been underrated by many—and the opportunity to help correct that, and assist both the university and the college in further spreading the world about the quality of the faculty, students, research, and programs here is incredibly exciting.

What are you hoping to accomplish in the next year or so on the job? What direction would you like to see the College of Education and Human Development go in?

In the upcoming year, we have a number of matters to address – some institutional, some involving both faculty and student recruitment, some curricular, and some budgetary. For instance, the college is in the second year of being departmentalized, and for the 2016-17 year, we have made some important organizational changes to address this change. We now have three Schools, each headed by an outstanding director, but we still need to figure out how to make the new organizational structure of the college actually work in practice. We will, I hope, be recruiting a number of new faculty members this year – and if the college’s experience in the past few years is any guide, we will be successful in finding fantastic new colleagues in all three Schools—but this takes time, energy and extremely hard work. As for student recruitment, our numbers have been stable, which is better than the national trends in schools of education, but we need to make efforts to recruit more, and even better, students for our programs, and will be increasing our efforts to do so both in Maine, throughout New England, and in other parts of the country and world. There are a number of continuing and new curricular development projects, including several involving our sister institutions in the University of Maine system. Finally, we are working to use our financial resources more effectively and efficiently, and are increasing our outreach efforts in terms of fundraising, with a special focus on increasing the amounts of money available for student scholarships.

What is your leadership philosophy?

I am deeply committed to shared governance, and believe that leadership comes from many different groups, both in the College and among our stakeholders. Clearly, faculty play a central role in governance, but so do the staff in the College, our students, our colleagues in the field (teachers, administrators, and others), and the public more generally. We have an obligation to sincerely listen to the ideas and concerns of all of these groups, and to do our best to take them into account as we move forward. My role as Dean is to facilitate decision-making, sometimes to provide guidance about what is possible and what is not, and to offer any guidance or insights that I have. I do not, though, see my role as being ‘in charge’, at least not in a strong sense. To be honest, I think that most deans would agree that faculty, students and others believe that we have far more power than we actually do!