Mesoamerica extends from central Mexico through Belize, Guatemala, El Salvador, Honduras, Nicaragua, and northern Costa Rica.  It was home to Pre-Columbian civilizations (pre-1492), including the Olmec, Maya, and Aztec.

The Olmec inhabited the coast of Veracruz and western Tabasco on the Gulf of Mexico, first rising to power in approximately 1600 BCE to 400 BCE. 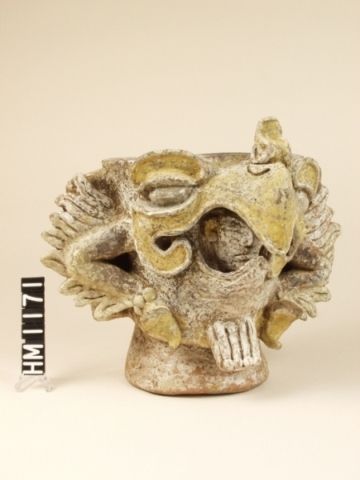 The ancient Maya lived in what is now Mexico, Belize, Guatemala, El Salvador, and Honduras.  Between 2600 BC and 1800 BC, the Maya rose to power and extended their influence throughout the Yucatan, creating a highly developed a writing system, art, architecture, mathematics, and calendar system, based on astronomical observation.

Despite the fall of the Maya Empire around 900 CE, to this day the Maya continue to live in this region blending Pre-Columbian cultural traditions with post-conquest traditions.

The Aztec Empire flourished between 1345 and 1521 CE.  Their empire stretched across what is today central and southern Mexico.  In 1521, Spanish conquistadors led by Hernán Cortés overthrew the Aztec Empire and captured the center of the Empire, Tenochtitlan.

The United Nations Convention on the Means of Prohibiting and Preventing the Illicit Import, Export and Transfer of Ownership of Cultural Property 1970 was implemented to combat the illegal international trade in objects of art and culture.  When archaeological artifacts are removed from cultural sites, their context is lost along with important cultural information. 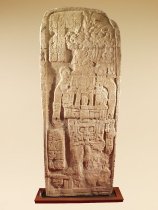 Stela are carved stone monuments created for dedication, commemoration, and demarcation.  Around the world, cultures erect stelae.  The Maya stela on exhibit in the Hudson Museum depicts a Mayan ruler-king and references two dates.

Body modification was a common practice among Pre-Columbian civilizations to set the elite apart from the lower classes.  It also served to appease the gods and rulers, and reflected aesthetics ideals of beauty in Pre-Columbian culture.  Starting from ages four through seven, the Mayans would use ear spools and flares to slowly stretch holes in the ear lobes as an individual passed important milestones in their life.  Ear spools and flares were often made from obsidian, shell, ceramic, and stone.

Maya headdresses were often decorated with exotic feathers and materials, with the size, quality, and design depending on the social status of the wearer.  Royalty would wear the most colorful and highest quality headdresses—such as the headdress worn by the ruler-warrior depicted on the stela in the Hudson Museum. 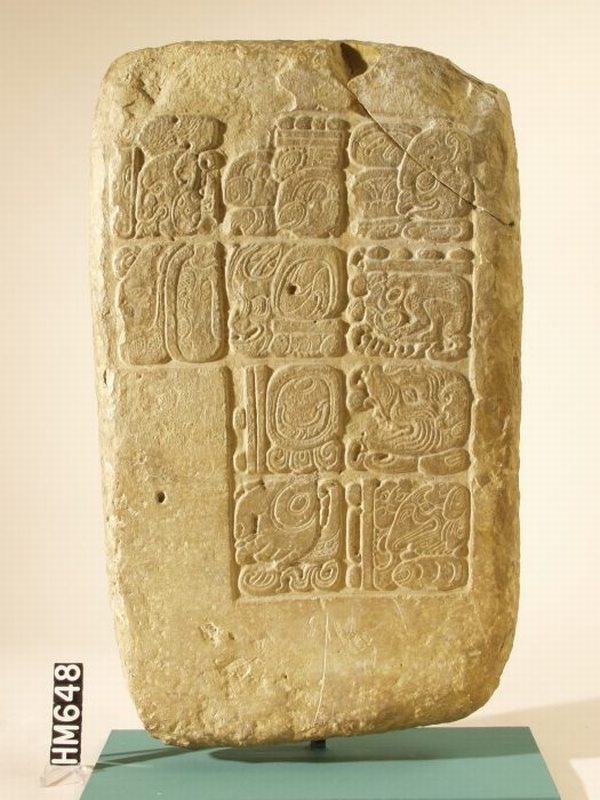 The Mayan used glyphs in the form of humans, animals, and abstract designs to represent combinations of consonants and vowels, words, numbers, and concepts.  They were arranged in grid-like squares containing several combined glyphs.  Each square could contain up to five glyphs, comprised of a central glyph, and four more connected on top, bottom, and sides of the central glyph.  Architectural elements, such as stelae, codices, and ceramic vessels often feature glyphs.

In West Mexico in what is today the states of Nayarit, Jalisco, and Colima, a distinct burial tradition using shaft tombs flourished from roughly 300 BCE to 400 CE.  The shaft tombs were rectangular vertical shafts several meters deep that opened up into chambers containing human remains and grave offerings, including the ceramic tomb figures vessels.  Very few of these tombs have been scientifically excavated and what we know of these cultures is information gleaned from looted grave offerings. 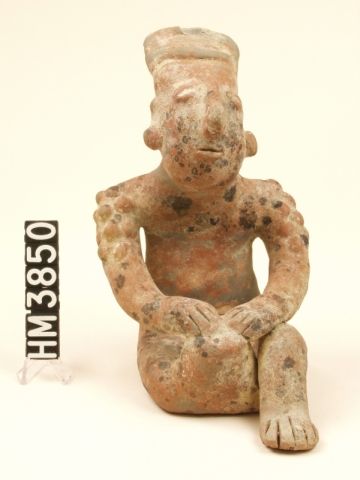 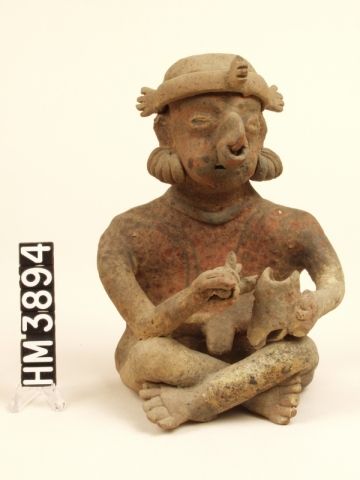 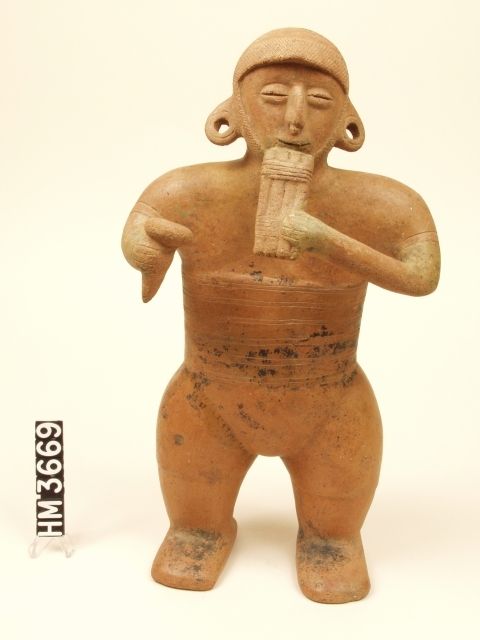 Colima [1], Nayarit [2], and Jalisco [3] are states in West Mexico and were home to Pre-Columbian cultures.

Scarification and tattooing were common practices done by puncturing the skin to create permanent scars or deigns.  These body modification traditions were used by the Olmec, Maya, and Aztec, as well as the civilizations of West Mexico.  Similar to other forms of body modification, scarification was considered to be aesthetically pleasing and a way of appeasing the gods.

Cranial deformation or head shaping was another form of body modification widely practiced by ancient Mesoamerican cultures as a form of differentiation and manifestation of elite social status.  The Maya would bind an infant’s head (when the skull is more malleable) between boards for several days to flatten the frontal bones, creating a conical head shape.

Labret, or lip plugs, were worn by Aztec nobility and warrior classes.  Among the Aztec military, lip plugs were seen as signs of achievement and it was punishable by death to wear a lip plug one had not earned. Only the nobility, including priests and the ruler, were allowed to wear lip plugs made from gold or precious stones.

To appease the gods, ensure abundant rainfall, bountiful harvest, and community prosperity, bloodletting and human sacrifice were common Pre-Columbian religious practices.  Blood offerings were made by piercing parts of the body with ritual implements.

The cocoa bean, or cacao, is the dried and fermented seed of the cacao plant’s fruit, from which chocolate is made.  It is thought that the Olmec domesticated the cacao tree.  The Mayans considered cacao to be a sacred food reserved for the elite and used it in special rituals.  It was served in highly decorated cylinder vases that were often featured as grave goods in tombs.