Richard A. Wahle (University of Maine)

This science-industry partnership aims to evaluate the relationship between bottom temperature gradients and the depth-wise and alongshore distribution of newly settled and older juvenile lobster. We test the hypothesis that the recent, unprecedented surge in lobsters eastward and deeper in the Gulf of Maine has been driven by a warming ocean.

Vessel-deployed lobster postlarval collectors will be deployed in a random stratified design in coordination with Maine DMR’s current ventless trap monitoring across 3 depth strata in the oceanographically contrasting east and west segments of Maine’s coast.  The paired sampling approach will enable us to evaluate the influence of temperature gradients  on the nursery potential of the seabed for new settlers and movements by older lobsters.

The project aligns with Sea Grant’s priority of sustainable seafood production by addressing the role of a warming ocean on the production of Maine’s most valuable fishery.  It also provides fishery managers and coastal economies information they need to respond appropriately to the changing environment, as well as to forecast future trends. 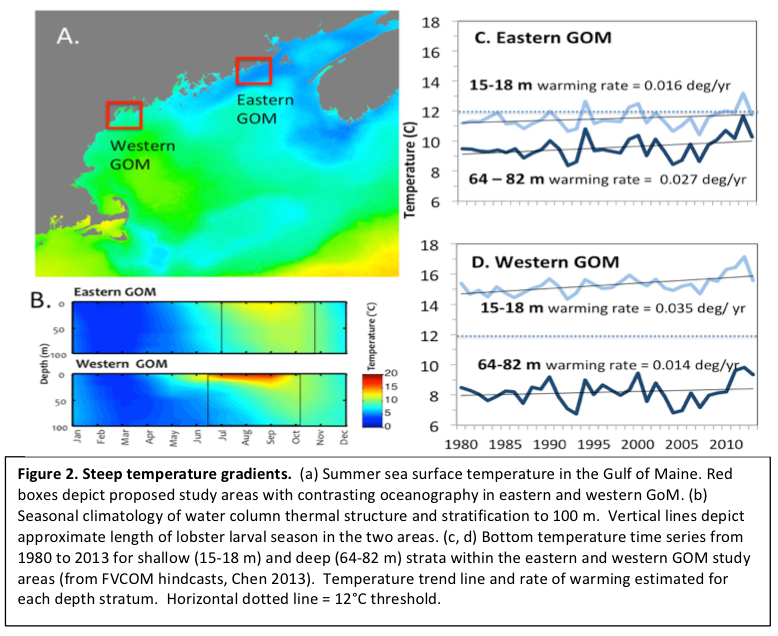