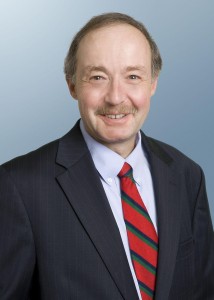 Before joining the University, Professor Thaler developed over several decades a wide-ranging legal practice focusing upon environmental and energy permitting, compliance, enforcement and litigation; as well as litigation for clients with commercial, medical and legal disputes, and insurance coverage, personal injury and toxic tort problems.

For many years Professor Thaler has been recognized by Best Lawyers in America for his work in environmental and natural resources law, commercial litigation and appellate law, and by Chambers USA for both his environmental and litigation practices; and by New England Super Lawyers for his environmental work. He was the 2010 President of the American College of Environmental Lawyers, a prestigious organization for which he also is a founder and charter member. Professor Thaler is the 2007 recipient of the Justice Louis Scolnik Award for his years of pro bono civil liberties litigation work, including a decade handling four interconnected separation of church and state cases that went all the way through the state and federal trial and appellate courts. He also represented a family, pro bono, who had lost their father in the collapse of the World Trade Center on September 11, 2001.

Professor Thaler has been permitting counsel for on-and off-shore wind projects and hydro power and wood-to-biofuel facilities, as well as many other commercial development projects; he continues as the attorney for the only deepwater offshore wind power project in North America. Professor Thaler is the lead author of The Maine Environmental Handbook, the recent Lexis Nexis Treatise “Treatment of Greenhouse Gases Under the National Environmental Policy Act”, and a Maine Bar Journal article on Maine’s Anti-SLAPP law and caselaw. He also is a founder and Co-Chair of the Environmental and Energy Technology Association of Maine, the state’s leading organization for that growing sector of Maine’s economy.

In his litigation practice, Professor Thaler was trial counsel in a federal accounting case in which the jury awarded his client over $6.6 million, one of the largest such verdicts in Maine. He also has been lead trial counsel in a number of other cases resulting in seven-figure settlements, and has successfully defended many attorneys, law firms and business in state and federal courts, and served for over a decade, including as Chair, of the Maine Supreme Court’s Advisory Committee on the Code of Professional Responsibility.

In 2006-7 Professor Thaler created, and has directed annually since, a nationally-unique program for Williams College students entitled “Resettling Refugees in Maine”, where the students each live for over three weeks with a refugee or immigrant family and work with service providers. He also recently helped create and teach a course at the University of Southern Maine entitled the “Refugee Experience: From There to Here”. For over the past ten years, he also has worked each Wednesday night as a bereavement group facilitator and program coordinator for the Center for Grieving Children in Portland.
Jeff is married to Karen Massey, and his sons Greg and Kai are 26 and 23.